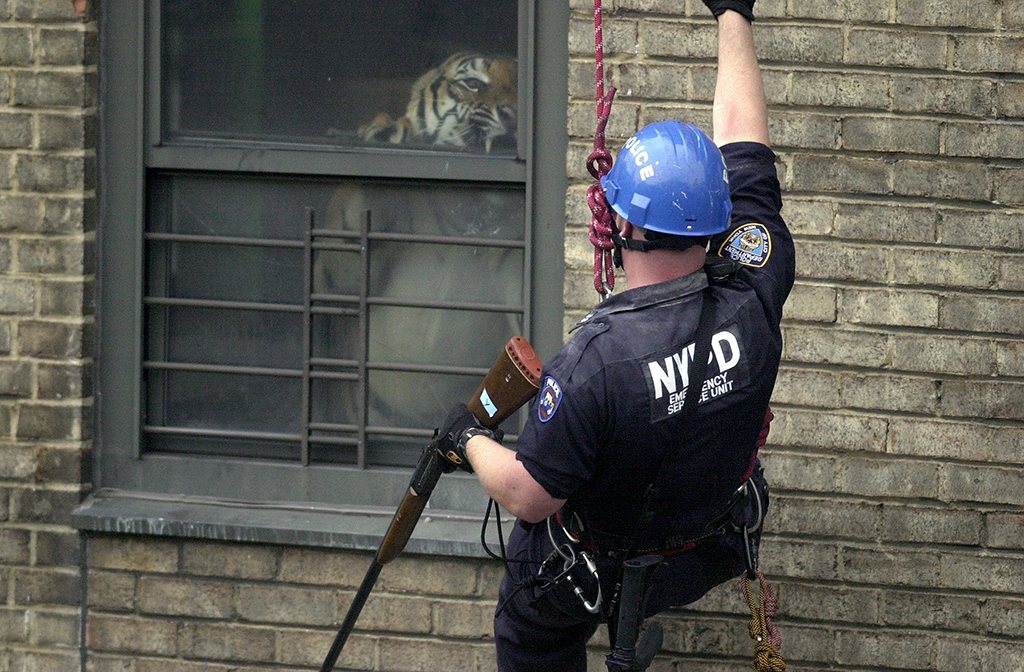 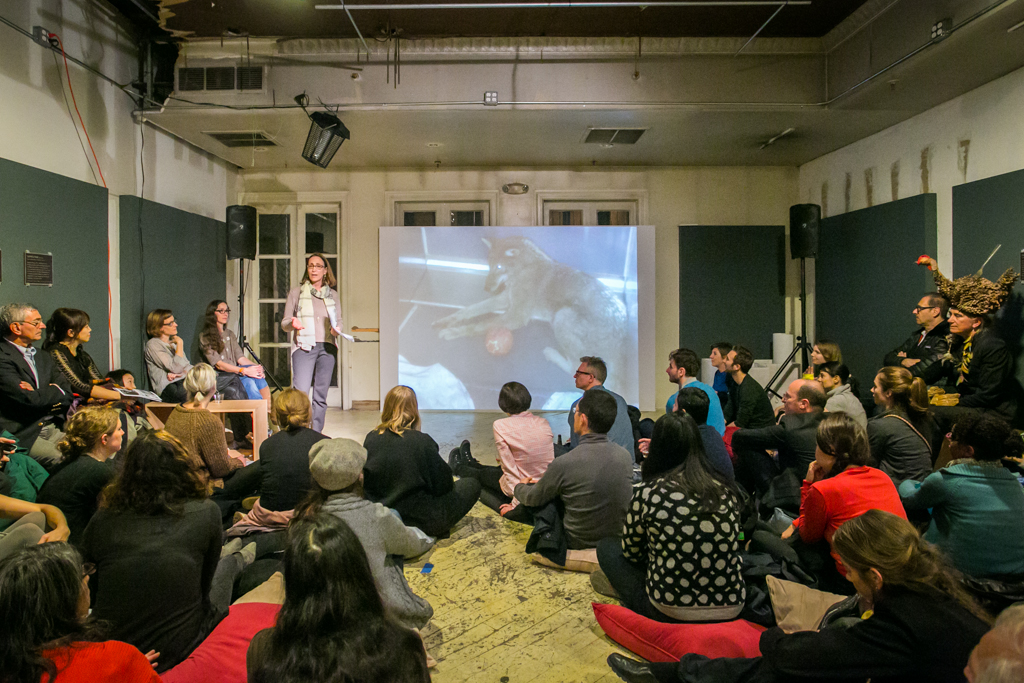 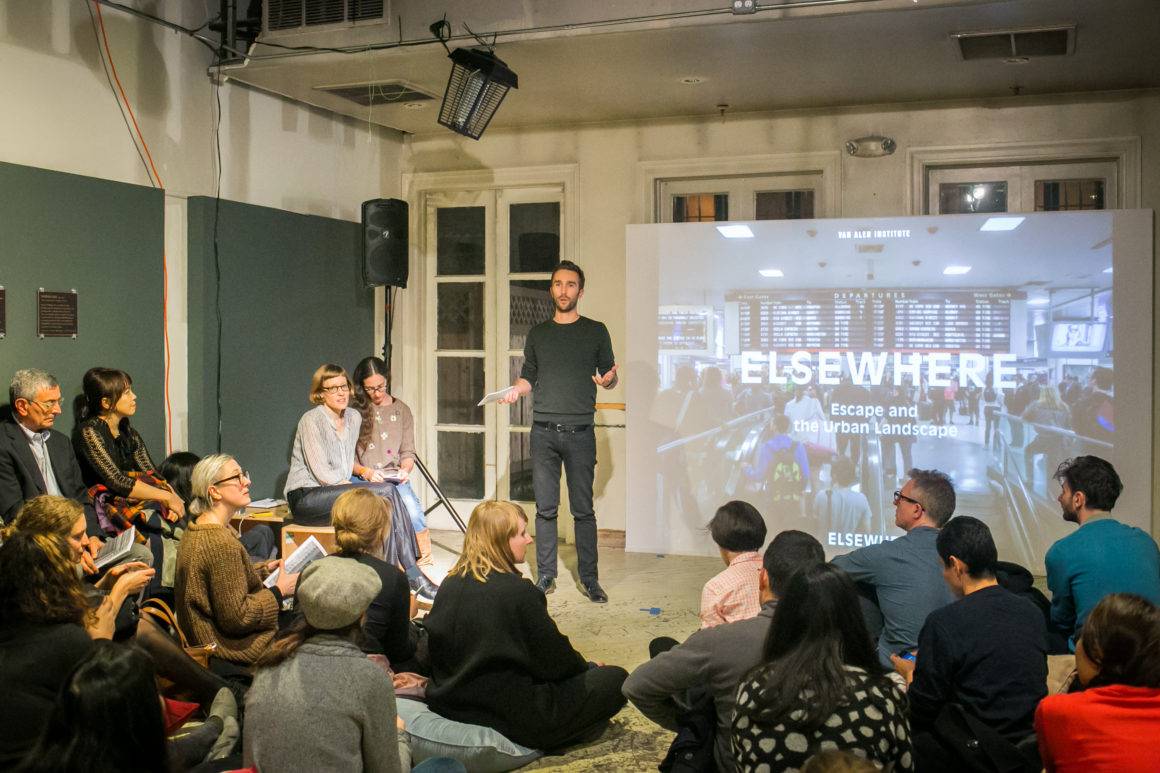 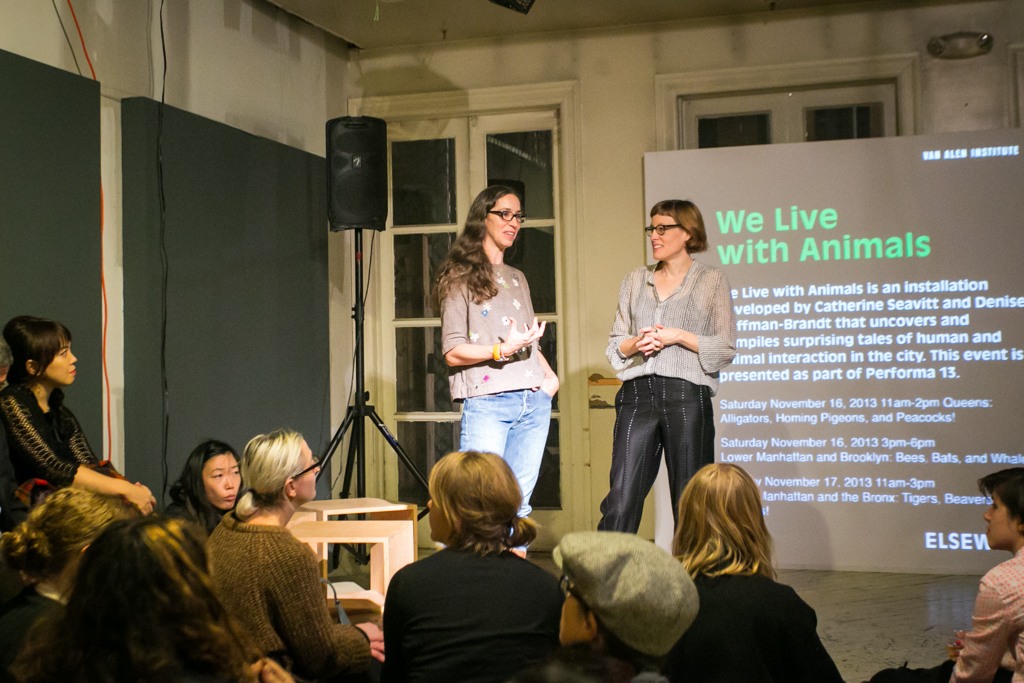 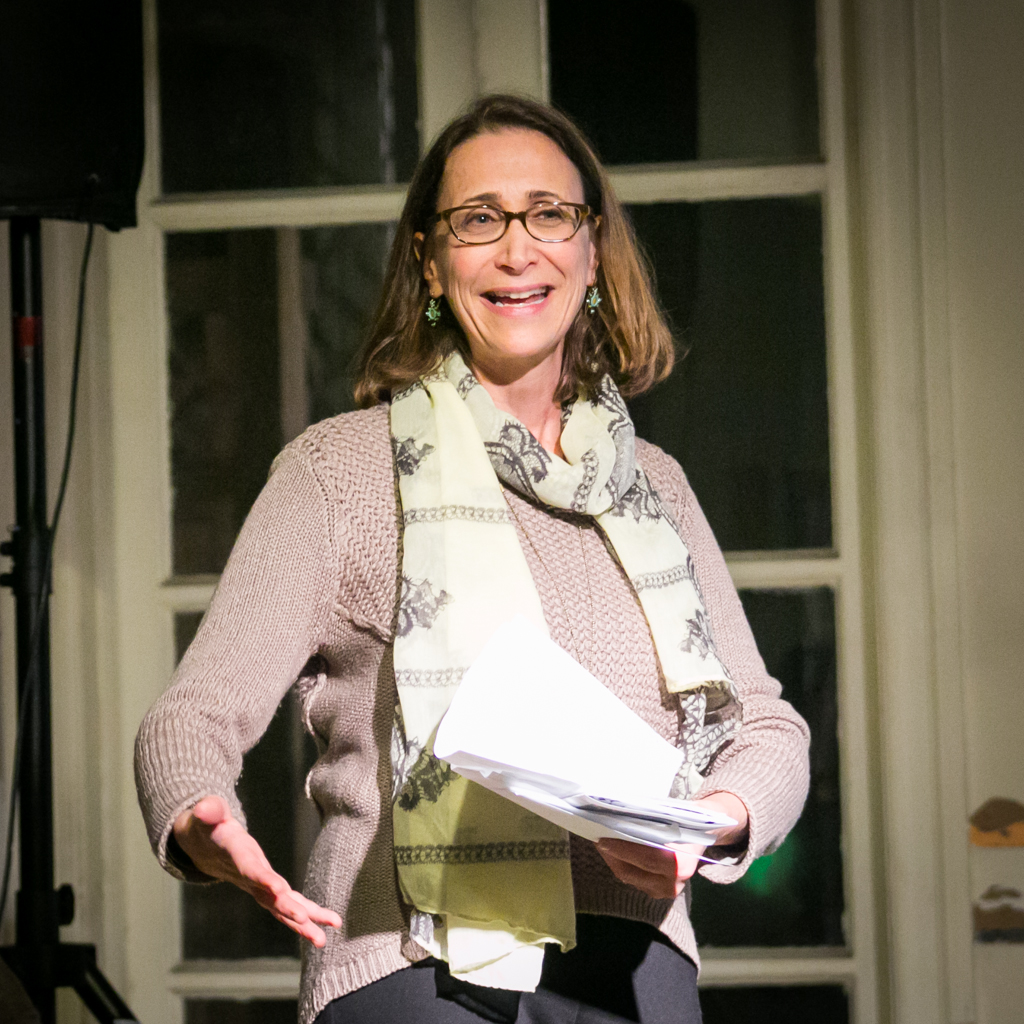 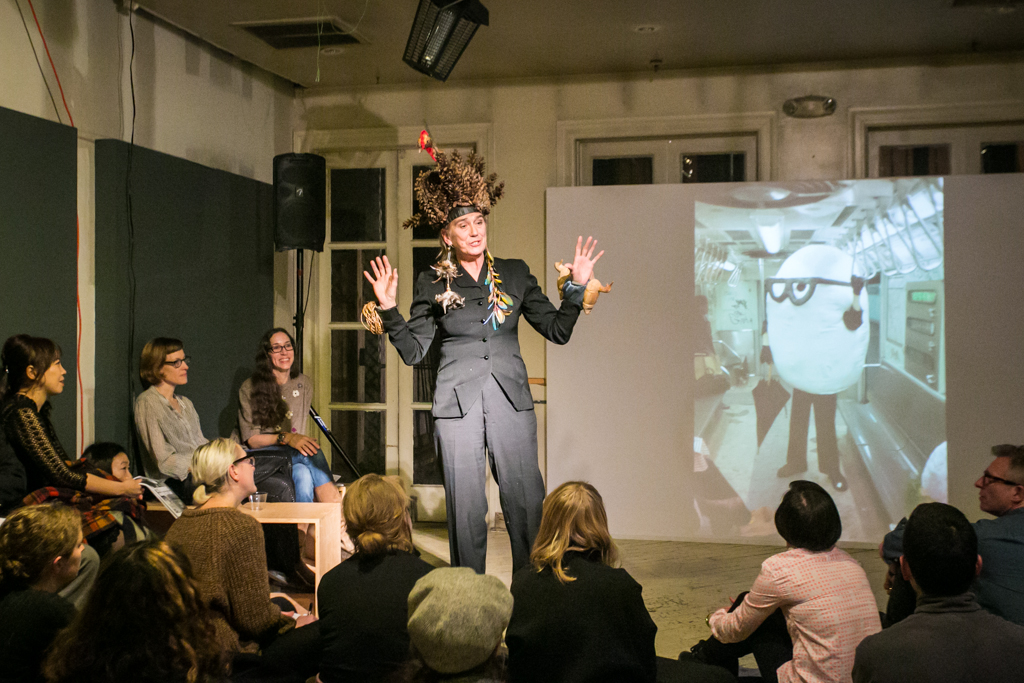 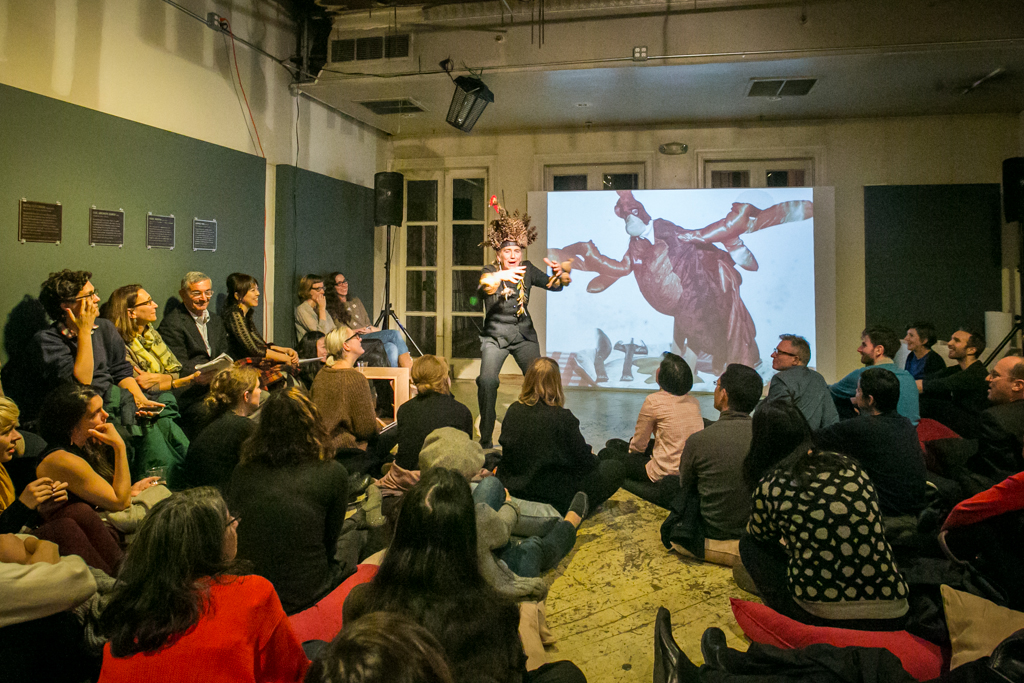 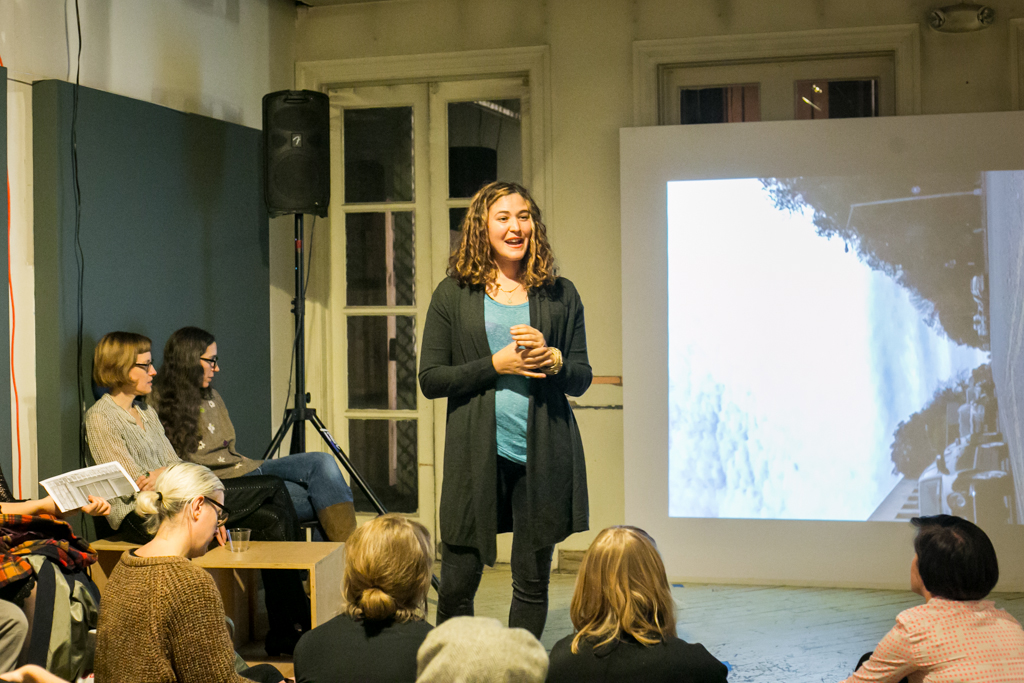 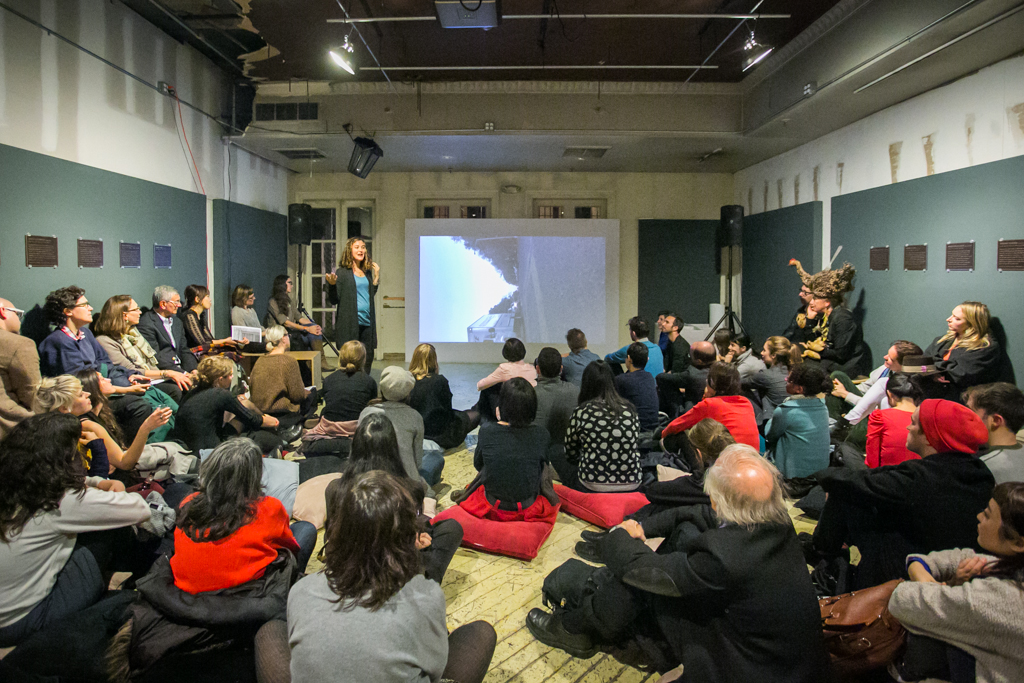 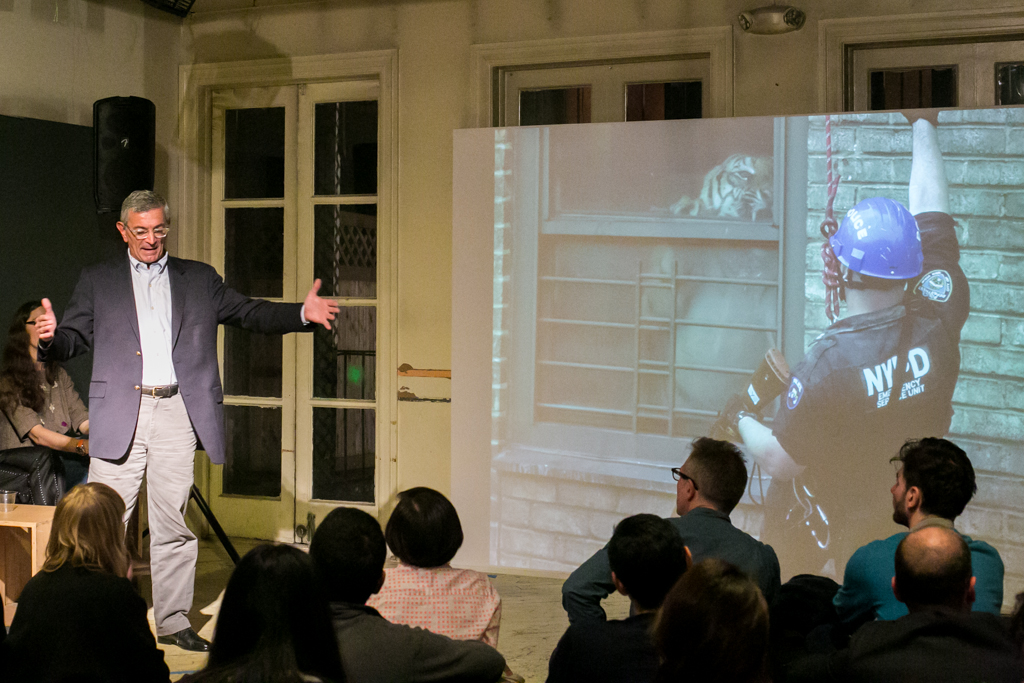 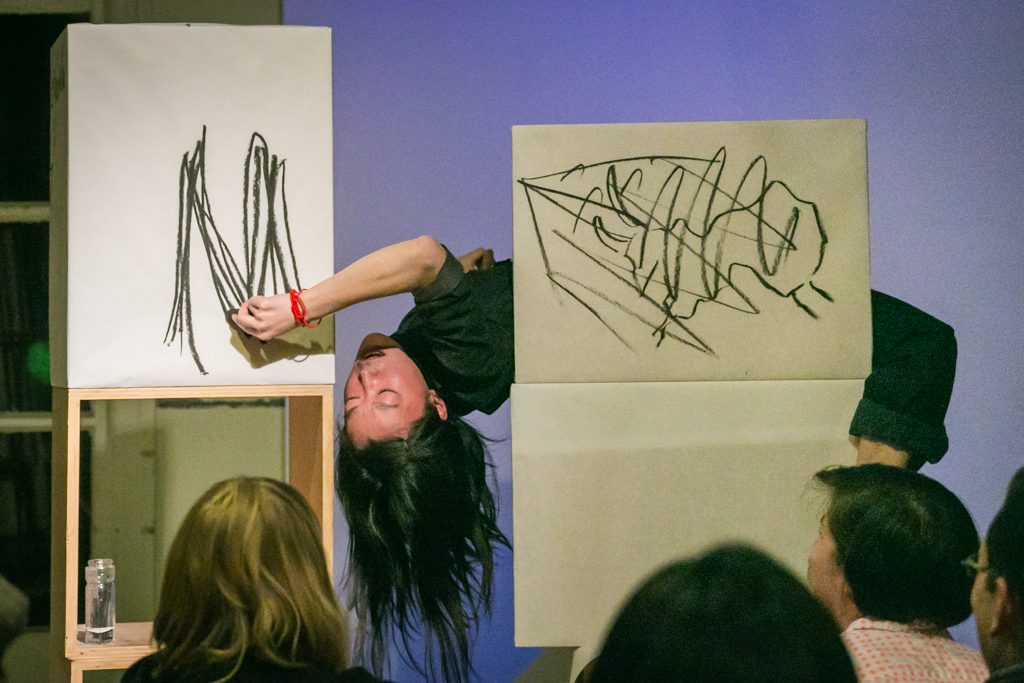 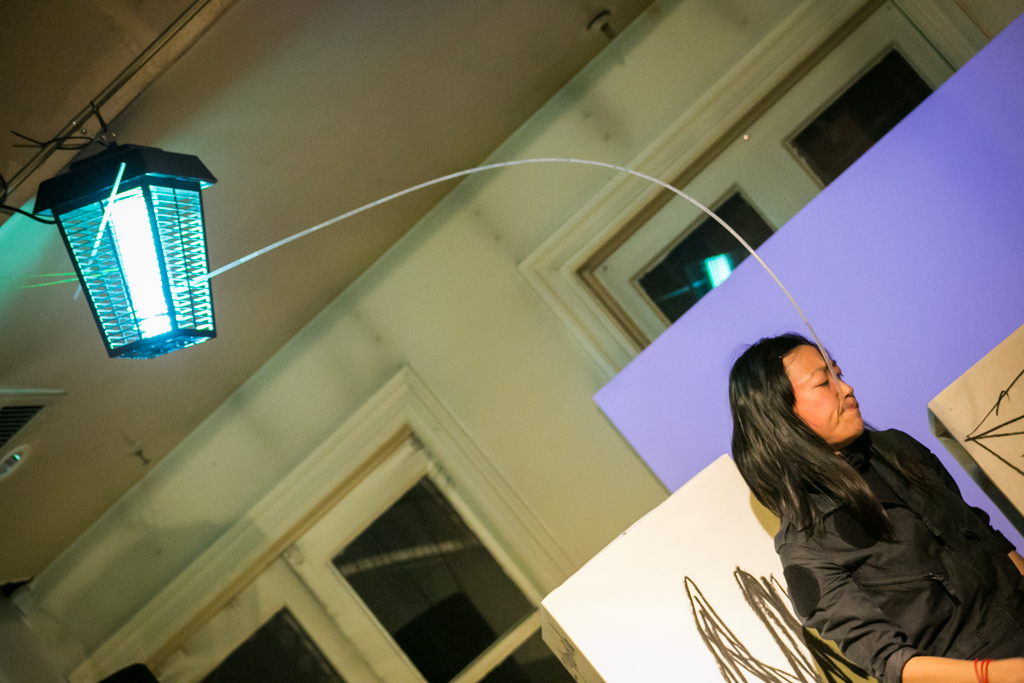 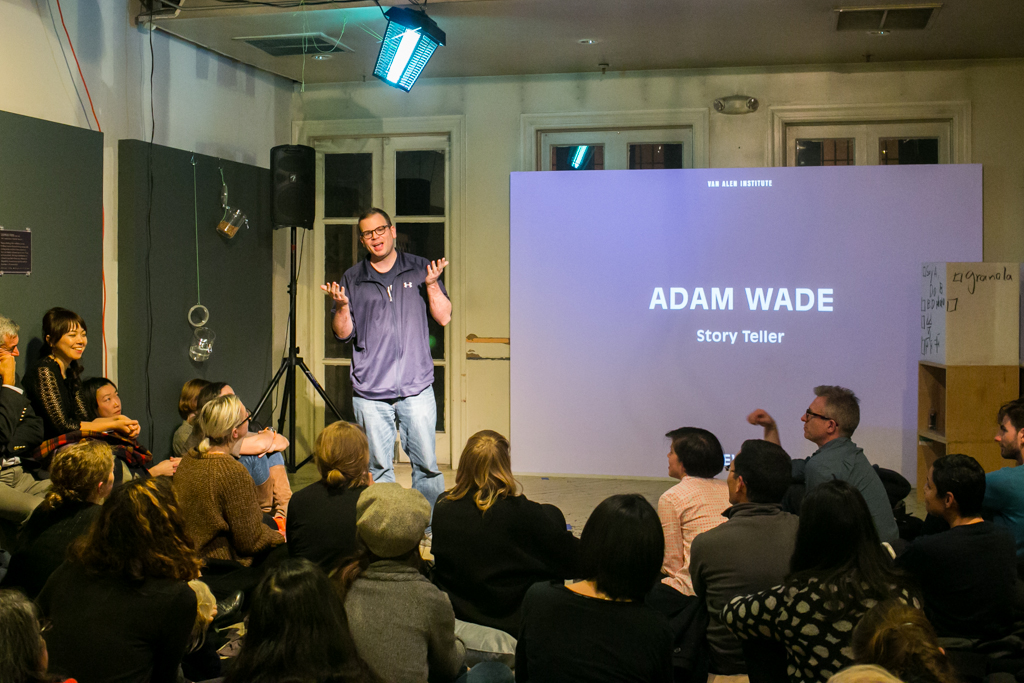 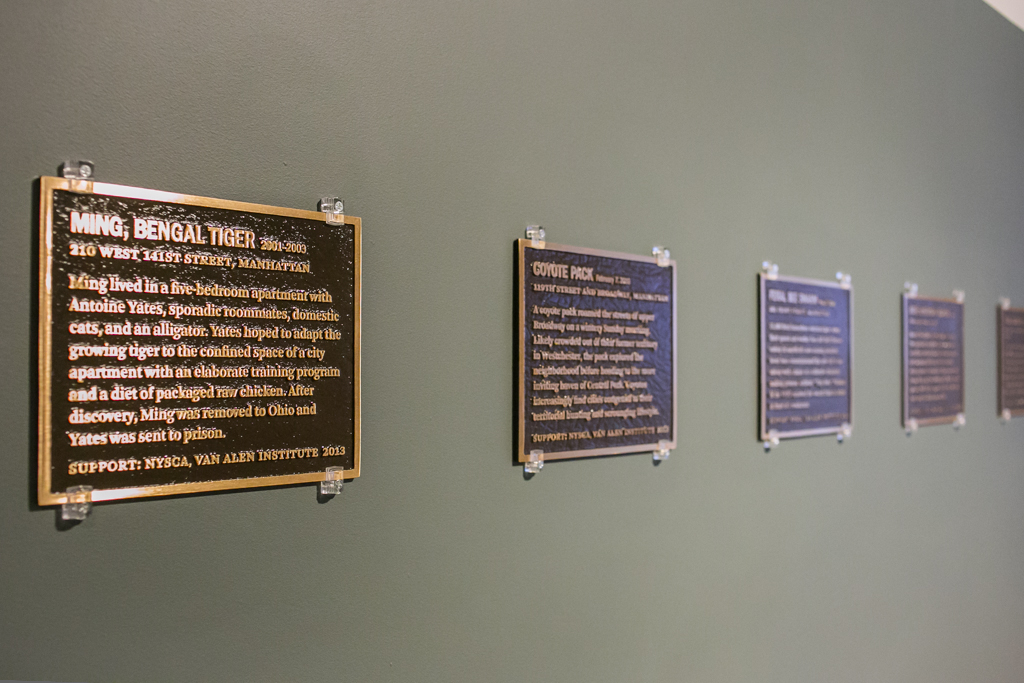 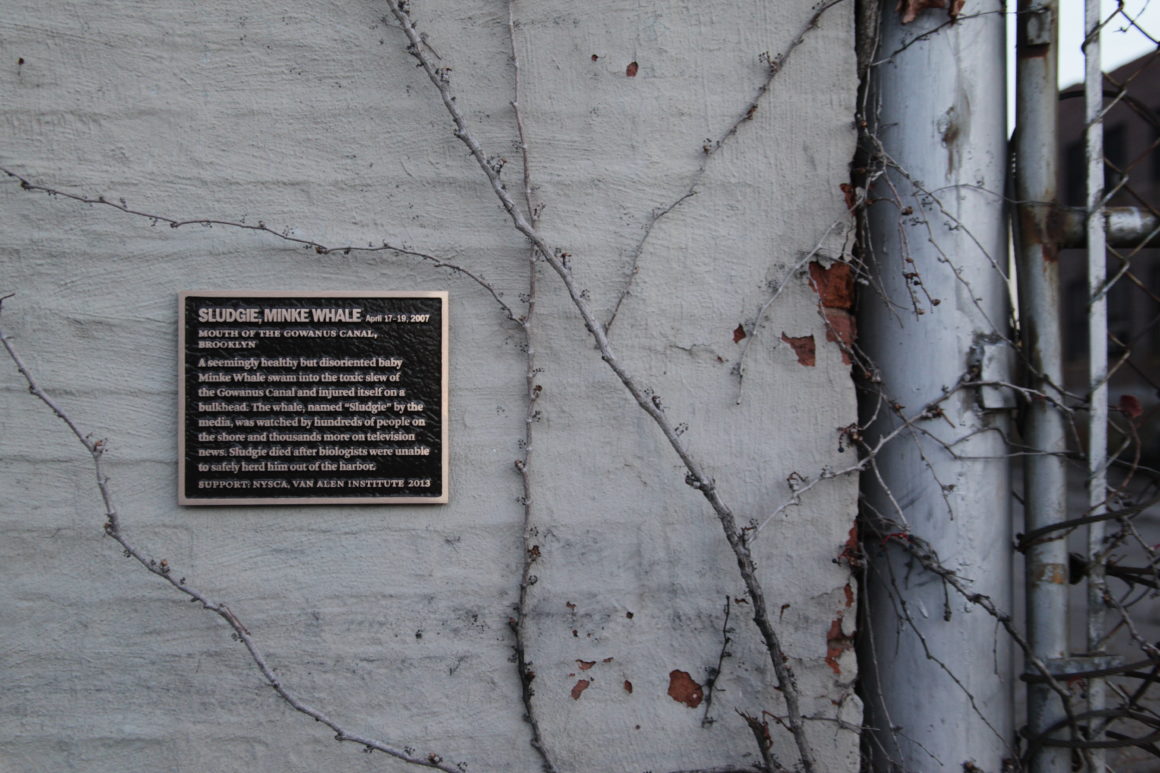 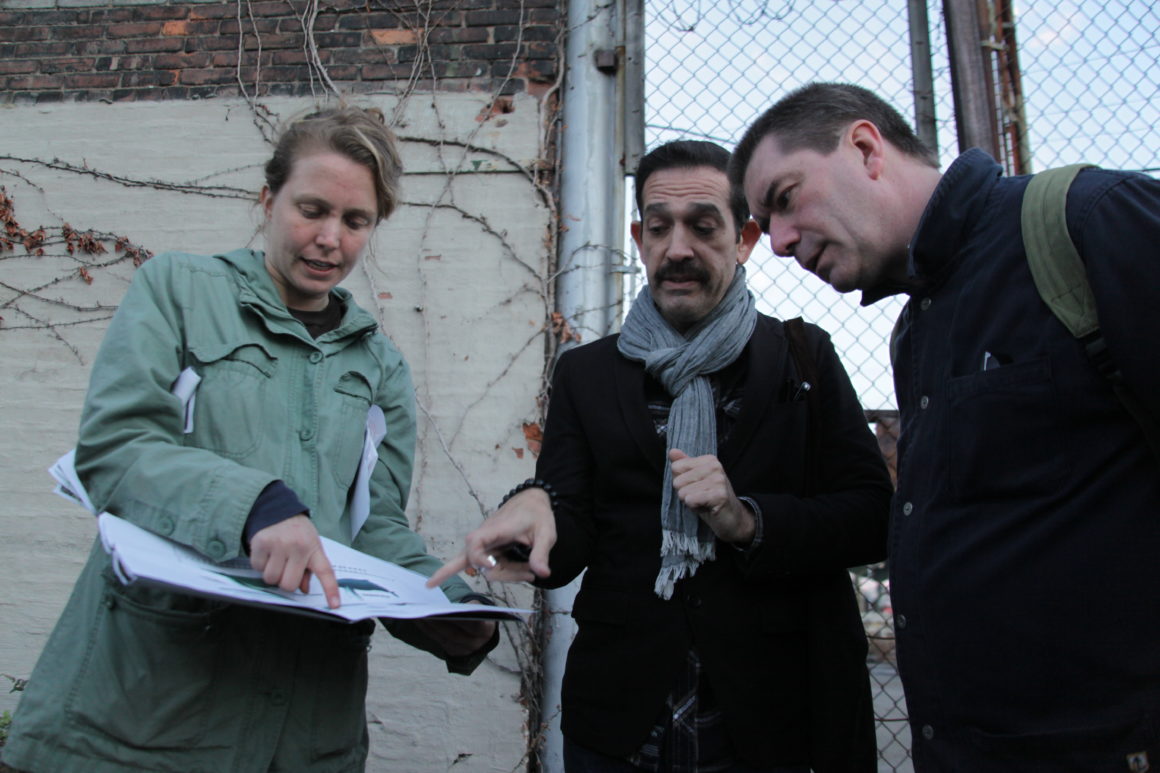 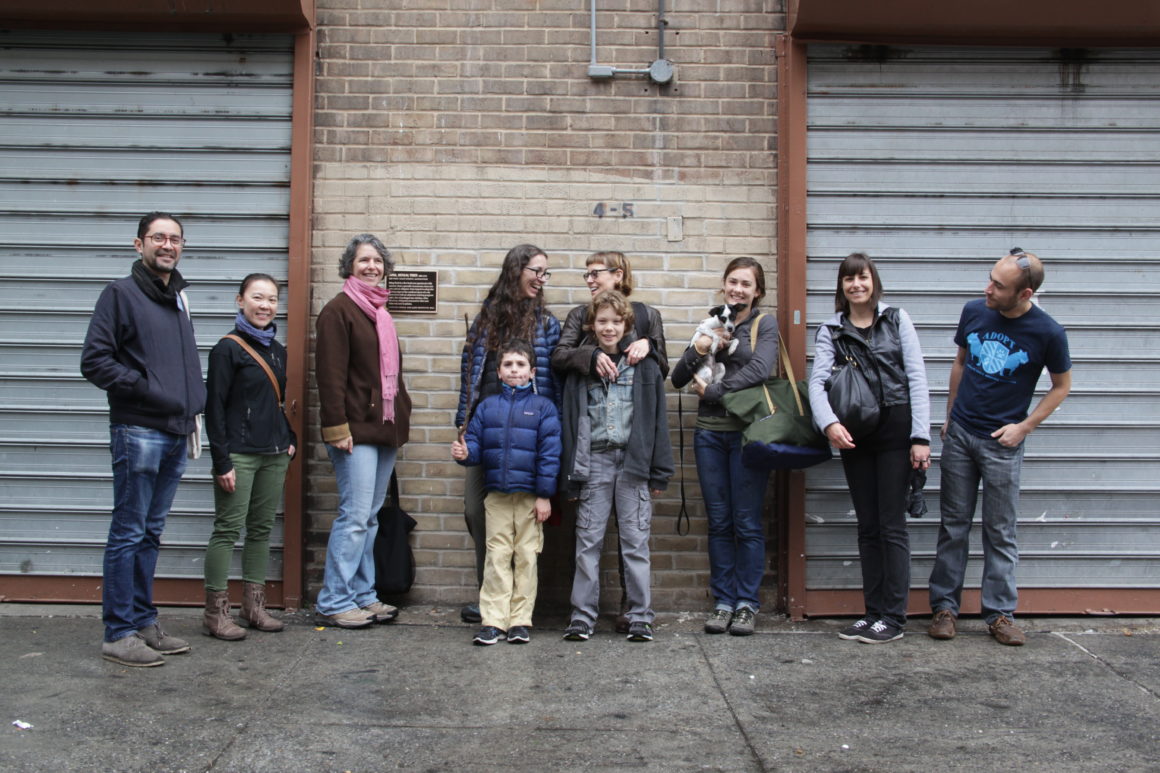 We Live with Animals was an installation developed by Catherine Seavitt and Denise Hoffman-Brandt that uncovered and compiled surprising tales of human and animal interaction in the city. The evening of storytelling featured performers including artist Aki Sasamoto, 18-time MOTH StorySLAM champion Adam Wade, multimedia artist Tamar Ettun, veteran news photographer John Roca, visual and performing artist Pat Oleszko, and Animal Care & Control of NYC Executive Director Risa Weinstock, who explored the relationship between animals and humans in the urban realm—exotic and domestic, hidden and in plain sight. From a tiger found living in a Harlem apartment to a feral rooster in the Bronx, each story transformed our understanding of nature, provoking new relationships with the animal kingdom and offering access to another world in the midst of the metropolis. This event was presented as part of Performa 13, a biennial festival dedicated to commissioning, presenting, and exploring new visual art performance across disciplines. We Live with Animals was generously supported by the New York State Council on the Arts, with the support of Governor Andrew Cuomo and the New York State Legislature.

Plaques detailing these encounters will be on view at Van Alen Institute’s gallery before being placed on buildings across NYC’s boroughs through a series of tours led by Denise Hoffman Brandt and Catherine Seavitt Nordenson. On Saturday, November 16, we visited three sites in Queens to install commemorative plaques for Homing Pigeons in Ozone Park, a runaway Peacock in Flushing, and an Alligator discovered under a parked Datsun in Astoria. Speakers and performers included John Bowne High School Assistant Principal Steven Perry and performance artist Pat Oleszko. In the afternoon, we traveled to three sites in Lower Manhattan and Brooklyn for a Bee Swarm at South Street Seaport, a Minke Whale at the Gowanus Canal, and a Bat Condo in Carroll Gardens. Speakers and performers included Andrea Parker of the Gowanus Canal Conservancy. On Sunday, November 17, we visited four sites in Upper Manhattan and the Bronx to install plaques for a Coyote Pack on Broadway, a Tiger in Harlem, Feral Roosters in the Bronx, and a Beaver at the New York Botanical Garden. Speakers included Rebecca Bratspies, Professor, CUNY School of Law. 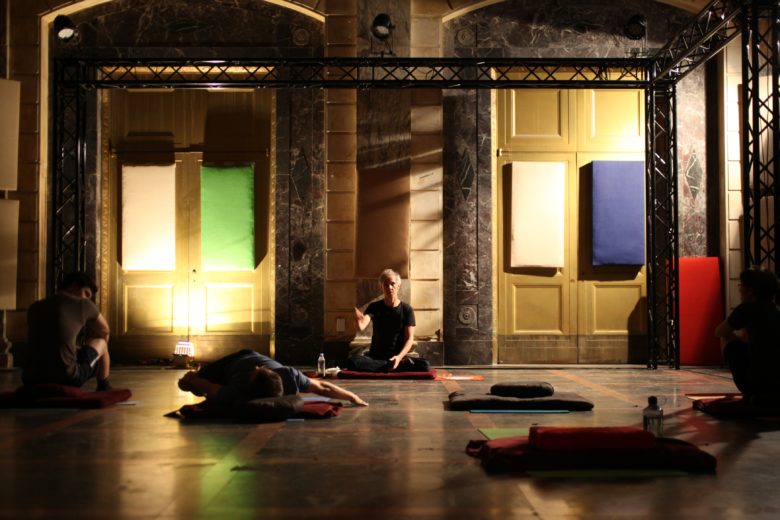 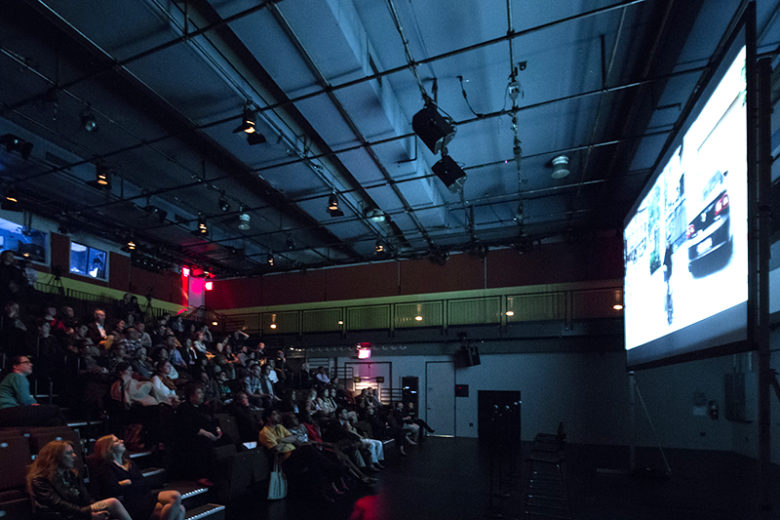 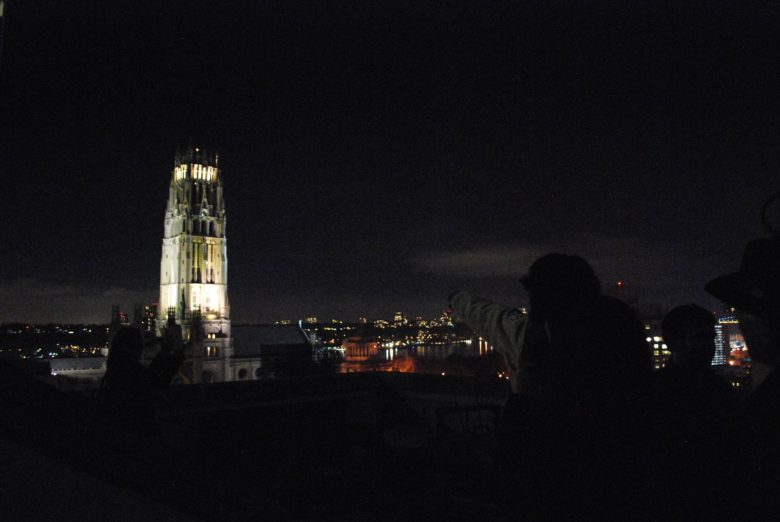 “What we need is visual space—a chance not to be forced to look at things.”