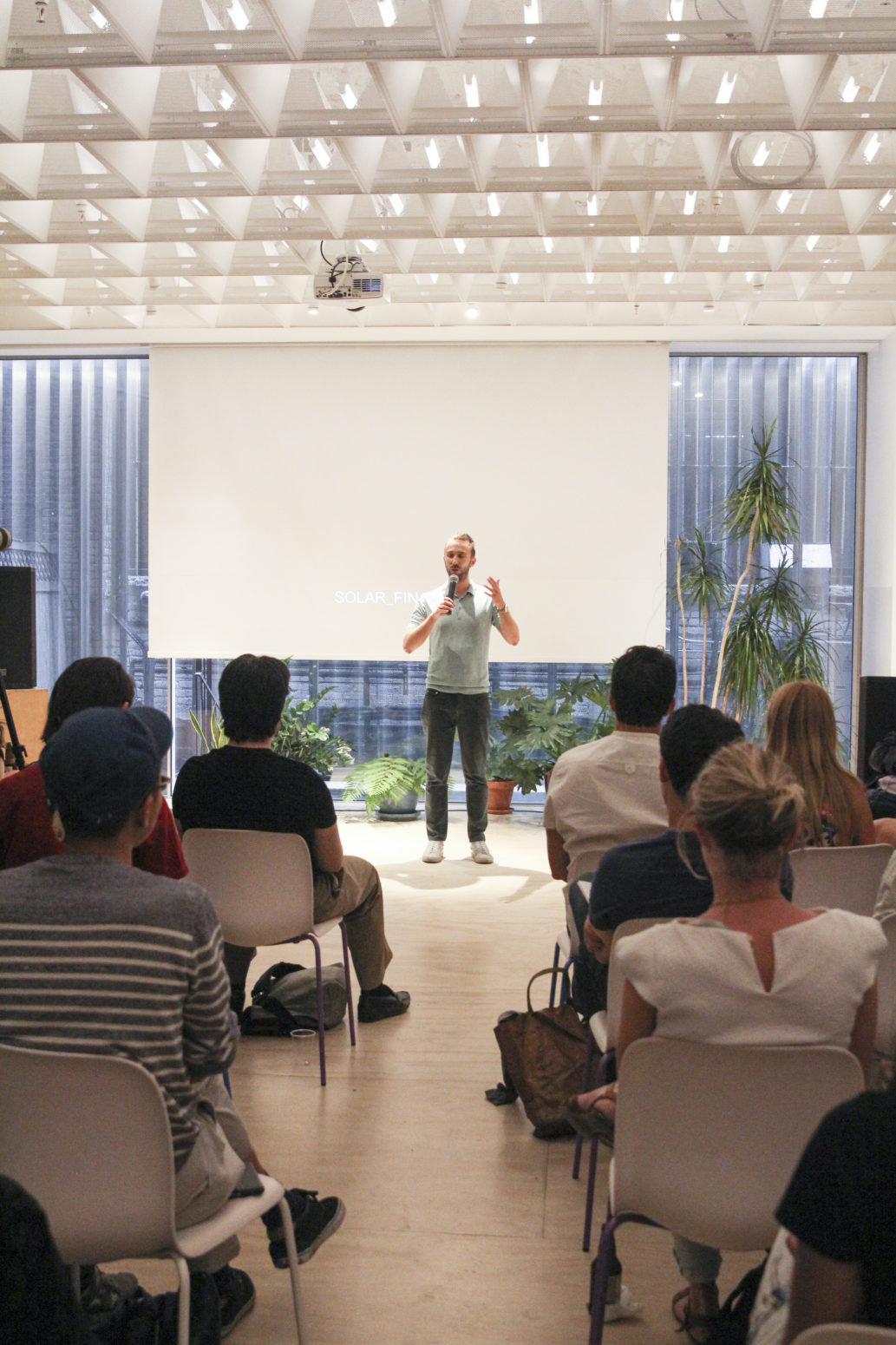 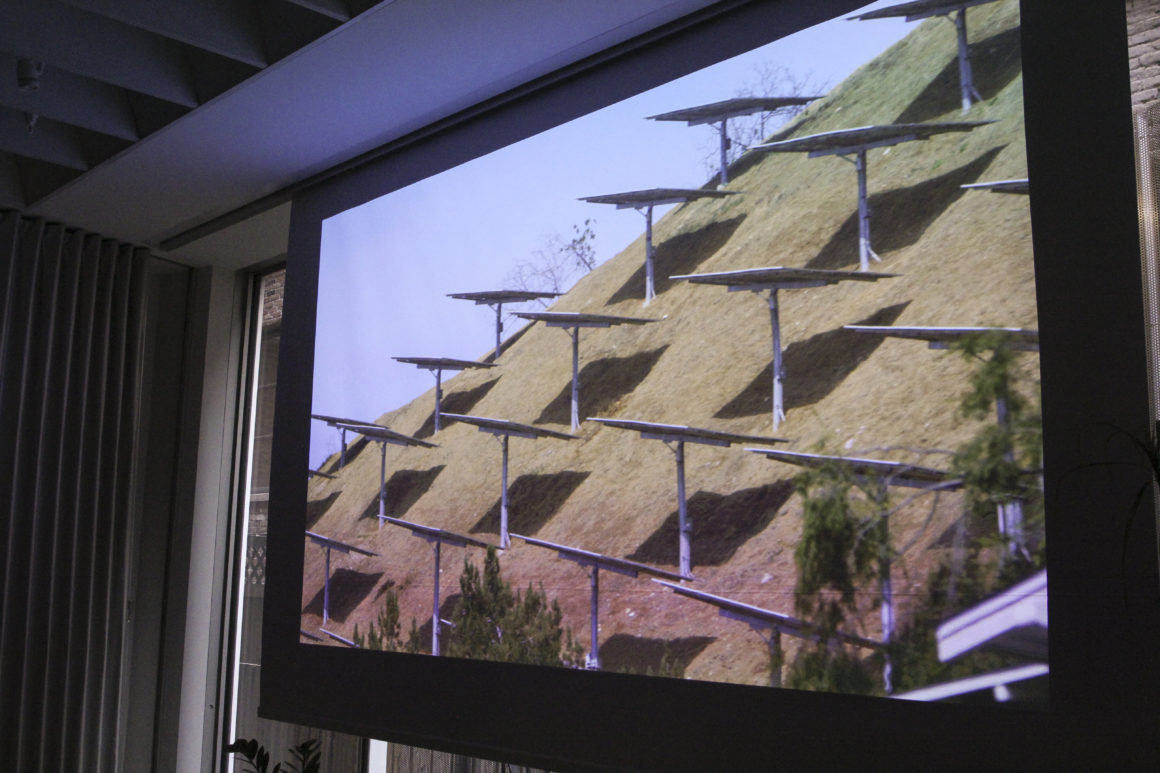 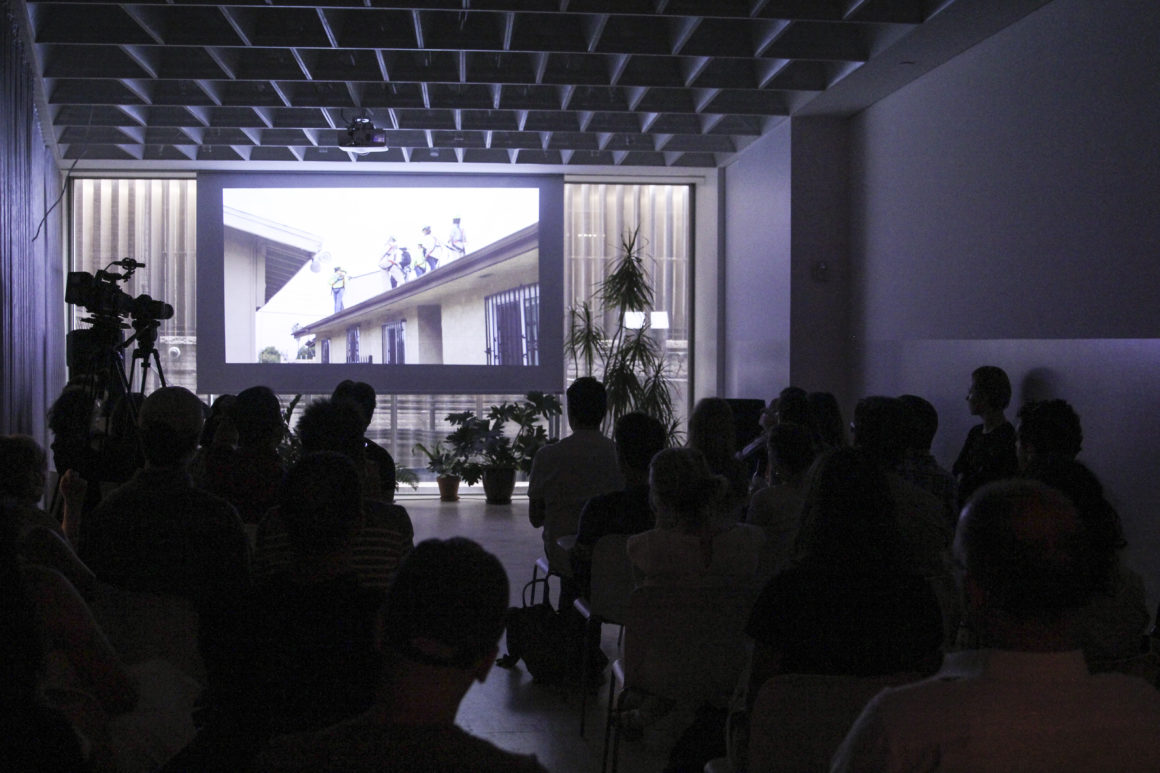 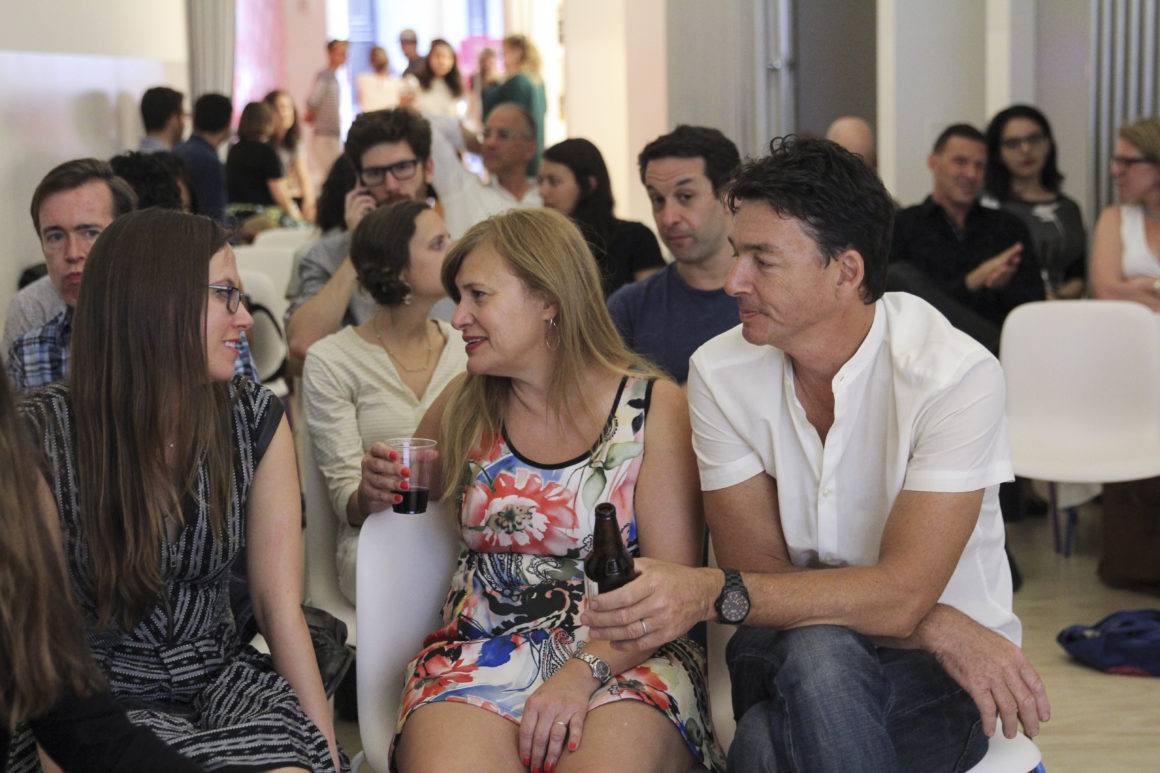 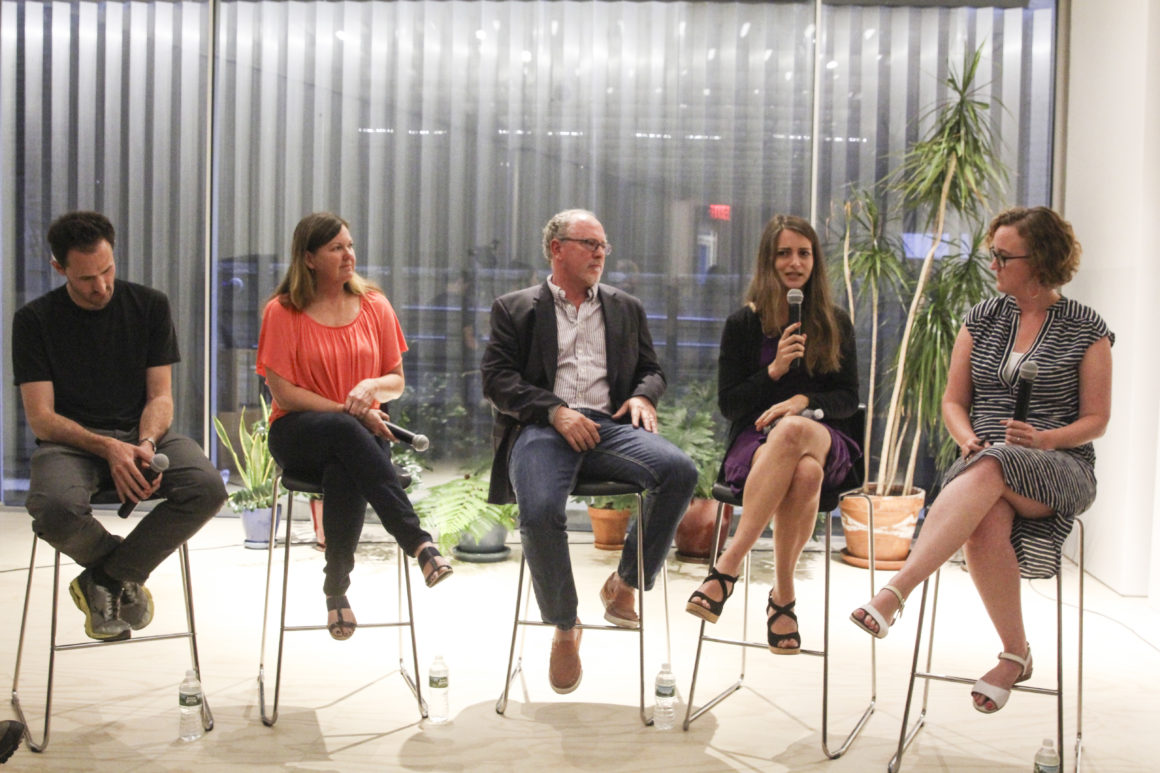 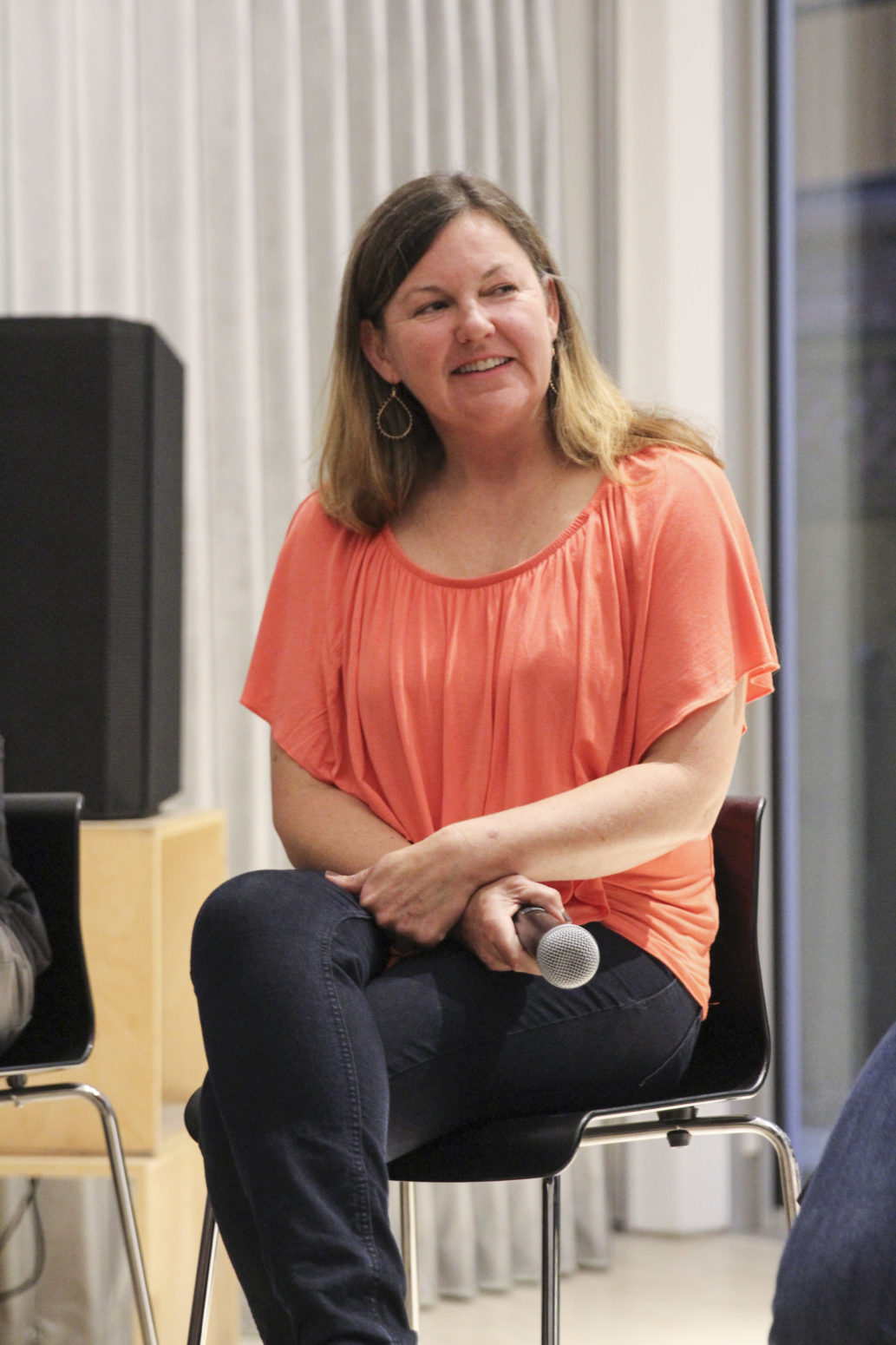 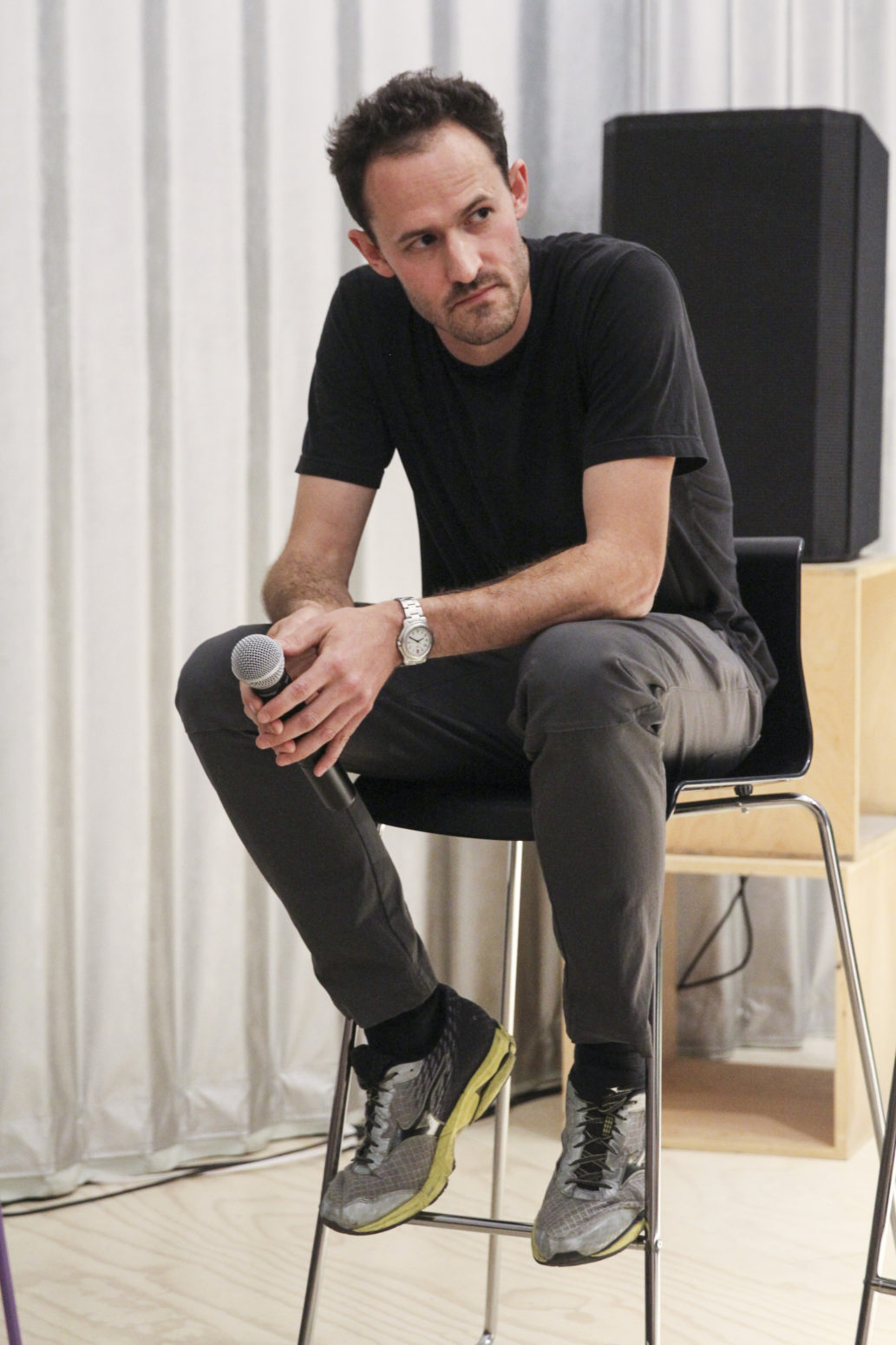 As part of our spring festival 2016, we hosted a preview screening of new episodes of Power Lines, the second season of the short documentary series Van Alen Sessions, presented with The Atlantic and CityLab. Exploring the future of the energy grid, Power Lines spotlights the outdated energy infrastructure that currently puts millions of city dwellers at risk, and reveals ambitious ideas for tomorrow’s electricity networks. Through expert insight and stories from everyday people, the second season of Van Alen Sessions provides a human face and up-close examination of the communities impacted by major shifts in the energy sector.

Following the screening, an audience joined us for a conversation with Mark Alan Hughes, professor of practice at PennDesign, faculty director of the Kleinman Center for Energy Policy, and Lead Investigator at the Department of Energy’s Energy Efficient Buildings Hub at the Philadelphia Navy Yard; documentary director and producer Kelly Loudenberg; Sommer Mathis, editor, CityLab; and Wes Rozen, partner, SITU Studio, and author Ginger Strand. 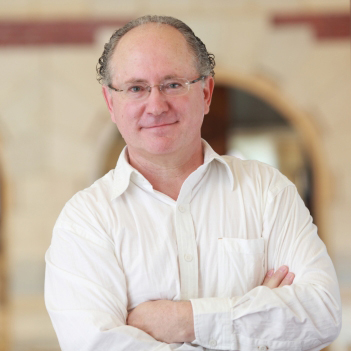 Mark Alan Hughes is a Professor of Practice at PennDesign, Faculty Director of the Kleinman Center for Energy Policy and a Lead Investigator at the DOE’s Energy Efficient Buildings Hub at the Philadelphia Navy Yard. He is a Faculty Fellow of the Penn Institute for Urban Research, a Senior Fellow of the Wharton School’s Initiative for Global Environmental Leadership, and a Distinguished Scholar in Residence at Penn’s Fox Leadership Program. He has been a senior fellow at the Brookings Institution, the Urban Institute, and a senior adviser at the Ford Foundation.

Kelly Loudenberg is an artist and journalist based in Los Angeles. Her short-form documentaries non-dogmatically explore and illuminate the pursuits of mavericks, visionaries, and seekers who are engaged in reconfiguring urban and rural spaces in unexpected ways and bringing the utopian to the practical through radical reconsiderations of the built environment. Her work has screened at the Venice Architecture Biennale, the Guggenheim Lab, and the Architecture and Design Film Festival. In March 2016, she had a residency at the Tadao Ando-designed Casa Wabi in Mexico, and in 2010, she completed a residency at the Center for Land Use Interpretation in Wendover, Utah. She has created work for National Geographic, New Yorker, The New York Times, Vice, LA MOCA, Allied Works Architecture, and NJIT. 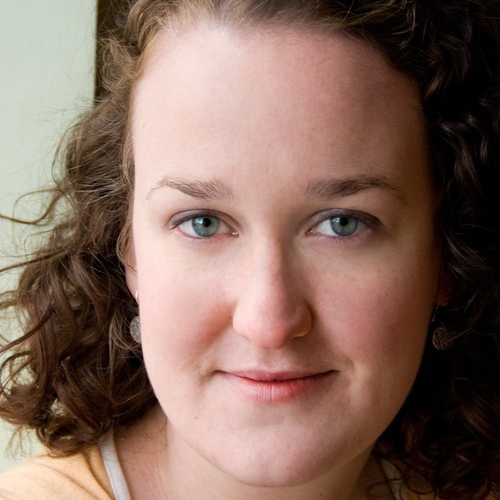 Sommer Mathis is editor of CityLab, The Atlantic’s sister site devoted to the most groundbreaking ideas and pressing issues facing today’s global cities and neighborhoods. Before joining Atlantic Media in 2011, she was the online editorial director at Washingtonian. Mathis spent five years reporting on the Washington, DC, metro area, first as editor in chief of DCist.com and later as news editor at local news start-up TBD.com. Her work has appeared in The Washington Post, Washingtonian magazine, Architect magazine, and The Guardian. She began her career in television and also worked for a boutique documentary film company.

Ginger Strand writes about collisions between nature, culture, science and the arts. She is the author of one novel and three books of narrative nonfiction, including The Brothers Vonnegut, and has published essays and fiction in Harper’s, The Believer, Tin House, The Iowa Review, The New England Review and the New York Times, as well as This Land and Orion, where she is a contributing editor.  She also frequently works with photographers and has contributed essays to photography books by Lisa Kereszi, Kyler Zeleny, and the Magnum Agency project Postcards from America. A former fellow in the Behrman Center for the Humanities at Princeton, Ginger has received grants from the New York Foundation for the Arts, the Mellon Foundation, the Eisenhower Foundation, and the American Antiquarian Society, as well as residency grants from the Bread Loaf Writers Conference, the Center for Land Use Interpretation, the MacDowell Colony, and Yaddo. She lives in New York City and the Catskill Mountains, near the reservoirs seeded by New York City in 1950 using Bernard Vonnegut’s technique. 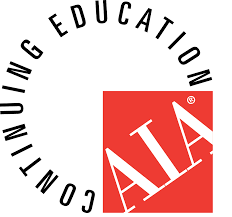 These programs are supported, in part, by public funds from the New York City Department of Cultural Affairs in partnership with the City Council.