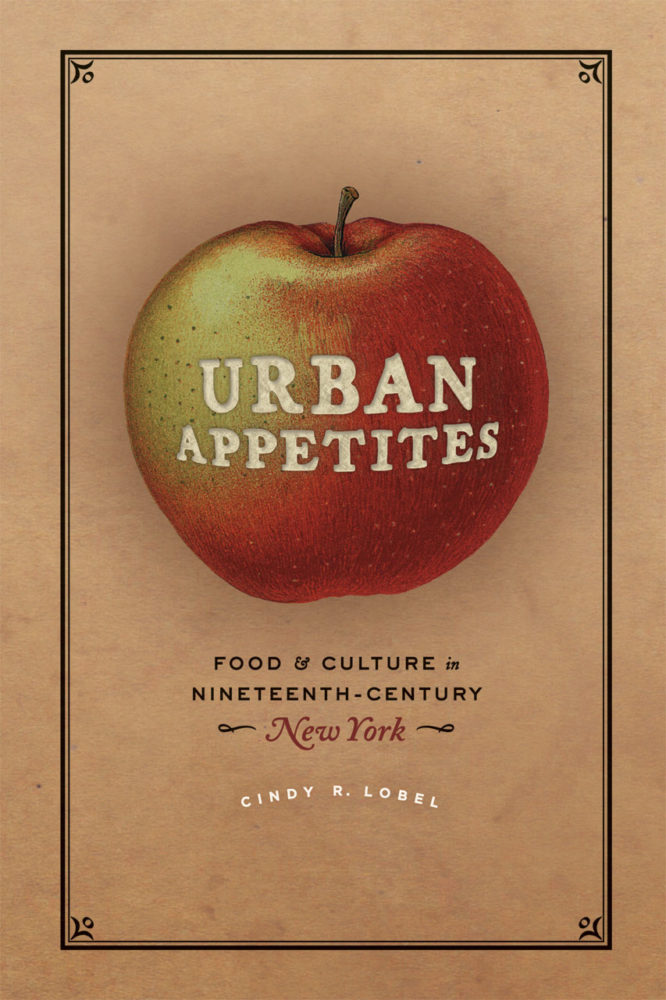 Food is a constant topic of conversation in our city. In Urban Appetites: Food and Culture in Nineteenth-Century New York, the late Cindy Lobel tells the story of New York through gastronomy, focusing on how its shifting food landscapes and patterns of settlement and growth mutually affected each other. From ubiquitous public markets at the beginning of the 1800’s to upper-class restaurants like Delmonico’s at the end, Lobel explores the politics of foodways by questioning who can eat what and where. Through Lobel’s enlightening take on authenticity, abundance, and access to food in 19th century New York, we find a helpful framework to think about the places we buy, share, cook, and eat food today.

We are excited to have Victoria Flexner moderate book club this month.

Victoria Flexner is the founder of Edible History, a historical supper club based in New York City. She is a former museum educator who has worked at The Metropolitan Museum of Art, The New York Public Library, and The Intrepid Sea, Air and Space Museum. Victoria also boasts a deep knowledge of the New York City food scene, having worked with boutique restaurant PR firm, Hall Company. Victoria holds a degree in History from the University of Edinburgh in the United Kingdom and a Masters in Historical Studies from The New School in New York City. She has led more than 30 Edible History dinners around the city —in restaurants, urban farms, historical homes, and even a pottery studio.

This month’s book club is presented in partnership with MOFAD.

Open to new and returning participants.
Food and beverages will be provided.