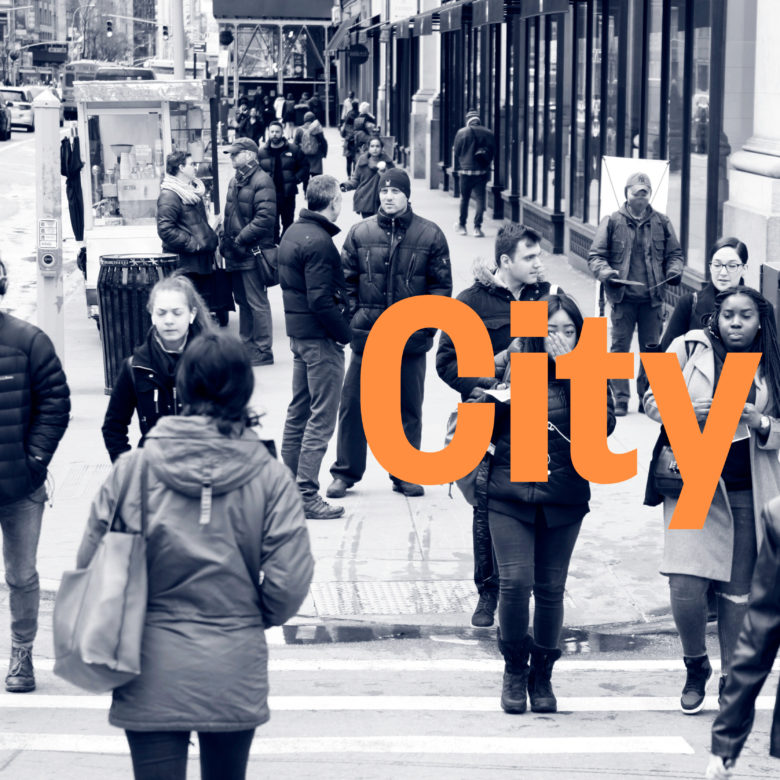 The competition among cities to be the site for Amazon’s HQ2 illustrated how modern industry and private enterprise are primary drivers of economic growth. The implications for urban planning are far-reaching. If business districts, public spaces, and waterfronts are increasingly shaped by corporate interests, what is the role of design within this framework? How can design help ensure that future development truly results in better lives for all of our city’s residents? With a roundtable of leading architects and planners, we’ll take on these challenges from a design perspective.

This event is eligible for 1 LU of AIA credit.

Amy Chester
Amy Chester has spent more than 20 years in municipal policy, community engagement, real estate development and communications advocating for the urban environment. She is Managing Director of Rebuild by Design, a non-profit that is reimagining the way communities find solutions for today’s large-scale and complex problems.  Amy oversaw an international design-driven competition to create implementable large-scale infrastructure projects to address the physical and social vulnerabilities exposed by Hurricane Sandy in the Northeast United States. The competition created a network of 10 design teams consisting of over 200 individuals and more than 700 government agencies and community organizations who co-created the proposals, resulting in $930M in awards from the US Department of Housing and Urban Development to implement the winning designs.

Previously, Chester worked for NYC Mayor Michael Bloomberg as Chief of Staff to the Deputy Mayor for Legislative Affairs and as a Senior Policy Advisor. In these roles she was responsible for the public engagement strategy of PlaNYC, the Mayor’s sustainability agenda, which included initiatives such as the Million Trees Campaign, congestion pricing, and the Greener, Greater Buildings Plan.

Susannah Drake, AIA, FASLA
Susannah C. Drake is a principal and founder of DLANDstudio, a leading multidisciplinary design firm. Since founding DLANDstudio in 2005, Susannah has worked on projects ranging from intimate gardens to large-scale urban planning initiatives. Her design for QueensWay transforms a 3.5 mile stretch of abandoned railway in Central Queens into a family-friendly linear park and cultural greenway.

Susannah is a leader in resilient urban design and has dedicated much of her practice to developing and implementing design strategies to confront the impacts of climate change. The Gowanus Canal Sponge Park is a working landscape that improves the environment of the EPA Superfund site over time and Rising Currents, a collaboration with ARO Architects in MoMA’s 2010 “A New Urban Ground” exhibition, set a design precedent in urban waterfront resiliency.

Susannah served as President and Trustee of the New York ASLA and as a Trustee of the Van Alen Institute. Her work has received numerous national and international awards and is in the permanent collections of the Museum of Modern Art and the Cooper Hewitt, Smithsonian Design Museum.

Jonathan Marvel
Born in Puerto Rico, Jonathan is the founding principal of Marvel Architects. Jonathan has taught design studios for over nineteen years at schools such as Columbia, Harvard, Parsons, Pratt Institute, and Syracuse University. He is a former board member of the New York Chapter of the AIA and currently serves on the preservation committee of the Municipal Art Society, the streetscape committee for the New York City Art Commission, and sits on the boards of the Isamu Noguchi Museum and the Buckminster Fuller Institute. He has been a member of the NYSCA Architecture, Planning and Design panel since 2006. Jonathan holds a Bachelor of Arts from Dartmouth College and a Master of Design from Harvard Graduate School of Design.

Andrea Steele, AIA
Andrea Steele is a graduate of the Harvard Graduate School of Design and served as principal/founder of Andrea Steele Architect, a NY architecture and design practice before rejoining TEN Arquitectos in 2011, where she is a partner and oversees the New York Office.

Some of Steele’s current and recent New York City projects include a new mixed use residential waterfront development in East Harlem, New York; a new cultural heart for Downtown Brooklyn including Brooklyn Academy of Music, Brooklyn Public Library, MoCADA and 651 Arts; a new community center in Queens for Make the Road New York; and the recently completed new 53rd Street branch library for the New York Public Library across from the Museum of Modern Art.

Her institutional and residential work has earned her recognition, including a National AIA Honor Award, design awards from both the New York AIA and Maryland AIA, a BSA Design Award and Best of Year Eco Award from Interior Design magazine.

Amy Plitt, Editor of Curbed NY
Amy Plitt moved to New York City when she was 17, and ever since, she has been obsessed with her adopted hometown. As the editor of Curbed NY, she brings that obsession to covering almost every aspect of life in New York, including its real estate, architecture, transportation, neighborhoods, and culture.

In addition to Curbed NY, Amy’s work has also been published in Time Out New York, Condé Nast Traveler, Rolling Stone, and Mental Floss. She is also the author of Subway Adventure Guide: New York City, a handy guidebook to an oft-overlooked portion of New York’s subway system: the more than 30 end-of-line subway stops, and the neighborhoods surrounding them.