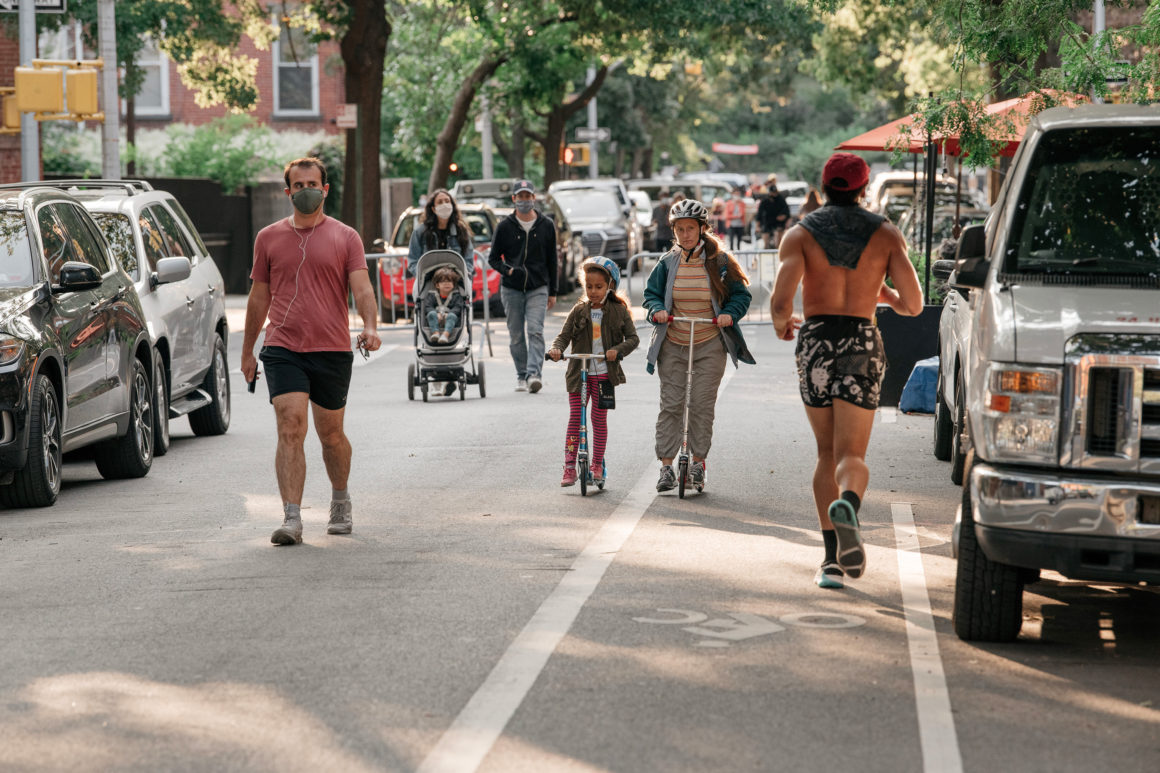 Join us in conversation with community leaders, designers, advocates, and policymakers to discuss the future of Open Streets in New York City.

The past year has transformed New York City’s streetscape. Through the Open Streets program, communities across all five boroughs animated streets for joyful gathering, play, education, health, and resiliency. As we emerge from the pandemic and plan for the future of this program, lessons from last summer’s efforts can inform long-term efforts to remake New York City streets.

GSAPP is committed to providing universal access to all of our virtual events. Please contact Lyla Catellier via email at events@arch.columbia.edu to request accommodations. Advance notice is necessary to arrange for some accessibility needs.

Shane Algiere
LTL
Shane Algiere is a project manager at LTL Architects since 2019. He holds a Master of Architecture degree from Columbia University GSAPP and a Bachelor of Science in Architecture from Hammons School of Architecture at Drury University. Shane has collaborated on a diverse range of project types including libraries and schools. Shane believes that public space is crucial infrastructure.

Leslie Davol
Street Lab
Leslie Davol has over 25 years of experience working in the cultural sector, including serving as Assistant Vice President for memorial, cultural, and civic programs for the Lower Manhattan Development Corporation following September 11, and in various project management roles at the New-York Historical Society. In addition, Leslie has served as a juror and organizer of public art competitions, nonprofit board member, and public member on the New York State Board for Architecture.

Erick Gregory
New York City Department of City Planning
Erick serves as the Chief Urban Designer and the Director of Urban Design at DCP. He plays a key role in public realm planning, policy and design on mixed-use transit oriented development. The Urban Design Office helps shape the future of New York City through citywide and neighborhood studies, design research and review, and creatively engaging with communities. The Department strives to continually improve the livability of New York City’s neighborhoods and quality of the urban design that shapes them. Erick is a Robert Bosch Fellow and LEED accredited professional.

Leslie Ramos
82nd Street Partnership
Leslie A. Ramos joined the 82nd Street Partnership in October 2014 as Executive Director. She has extensive experience working with small businesses, City agencies, and the Latino community; bringing a wealth of knowledge in economic and community development practices. She began her career at the Office of Management and Budget, and has also served as Assistant Commissioner for Finance at the Department of Housing Preservation & Development, and executive director of the Mayor’s Office for Industrial & Manufacturing Businesses.

Emma Silverblatt
SO-IL
Emma Silverblatt is a designer focusing on cultural work with community-scale impact. As an associate at SO–IL she contributes to a variety of projects, most recently managing the design of the Martin Luther King, Jr. Library in Cleveland, Ohio. Silverblatt also co-coordinates the Jackson Heights team for the Urban Design Forum and Van Alen Institute’s Neighborhoods Now program, providing pro-bono design services to communities for pandemic recovery. Prior to joining SO – IL, Silverblatt worked at REX as a design lead on the World Trade Center Performing Arts Center.

Emily Weidenhof
New York City Department of Transportation
Emily Weidenhof is the Director of Public Space at NYC DOT working closely with community groups throughout the five boroughs to re-imagine their streets as public space. She’s focused on the role of the public realm in strengthening communities for over a decade, deeply involved in policy, management, legislation, and most recently leading efforts to create Shared and Seasonal Streets in New York City. Emily has worked as an Architect and Urban Designer in Pennsylvania, New Jersey, and New York including at the NYC Department of City Planning. 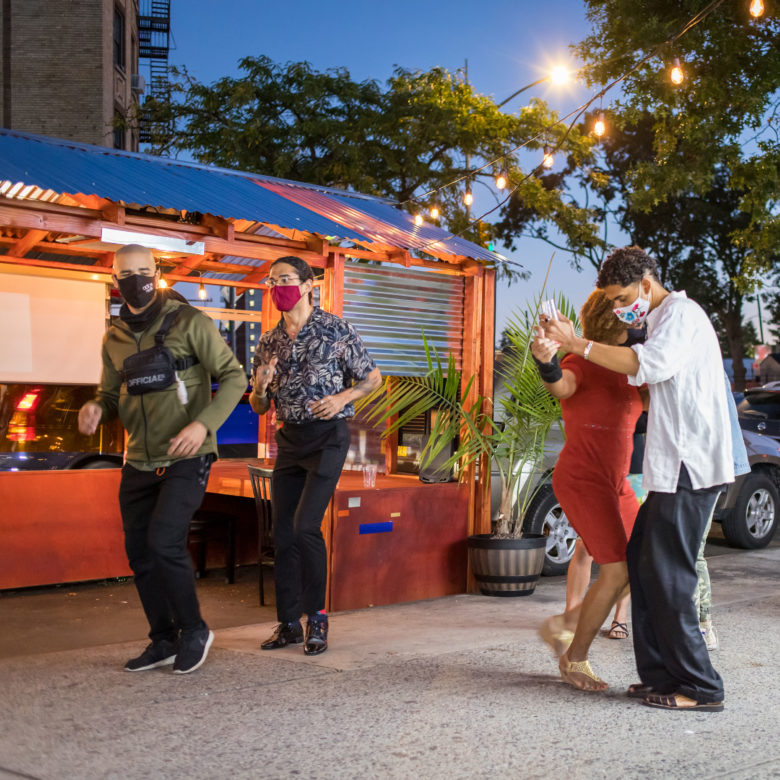 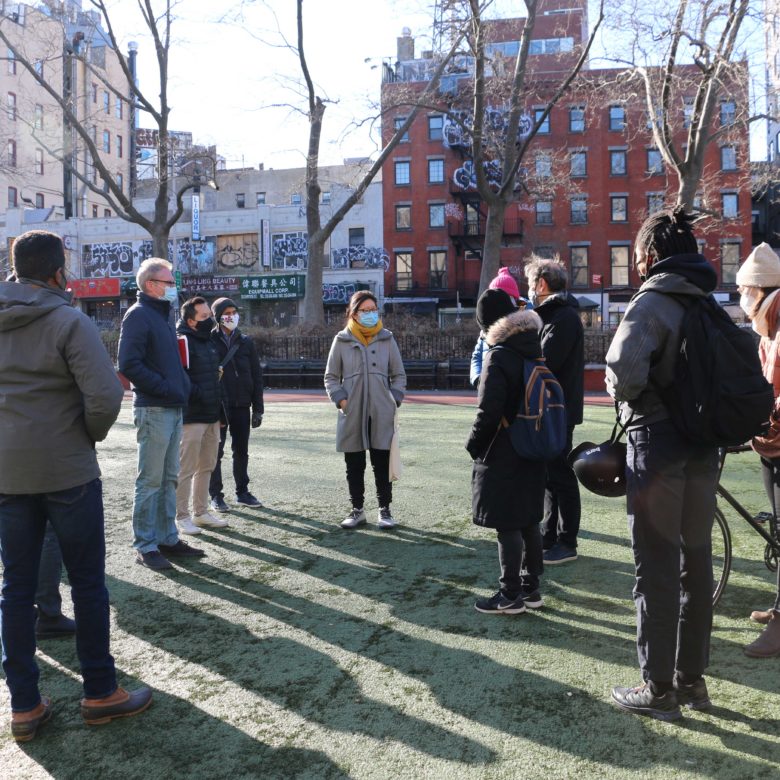 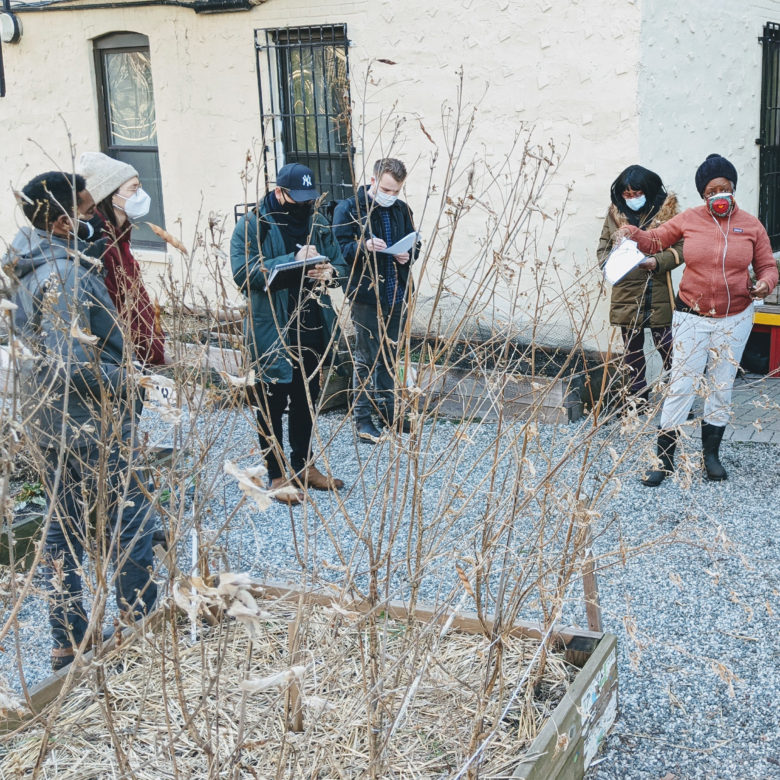