You're using an unsupported browser. This site may not look optimal.
Archival Imagery 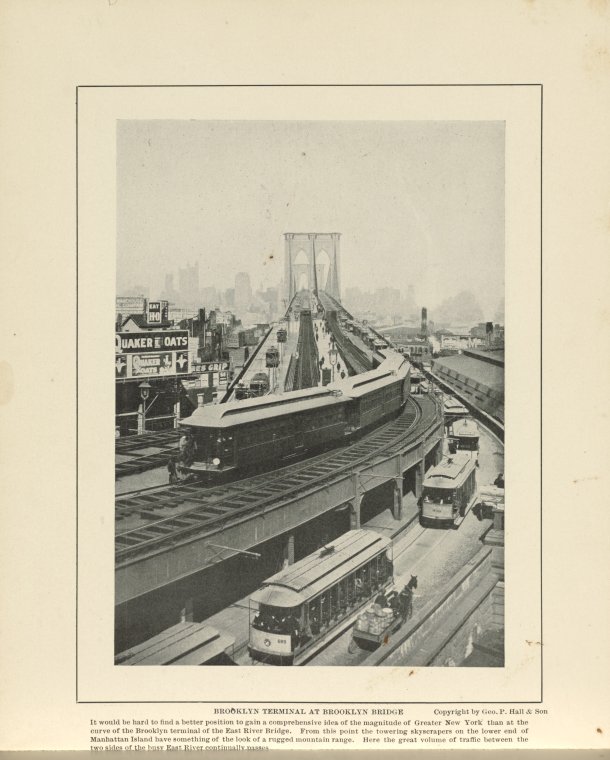 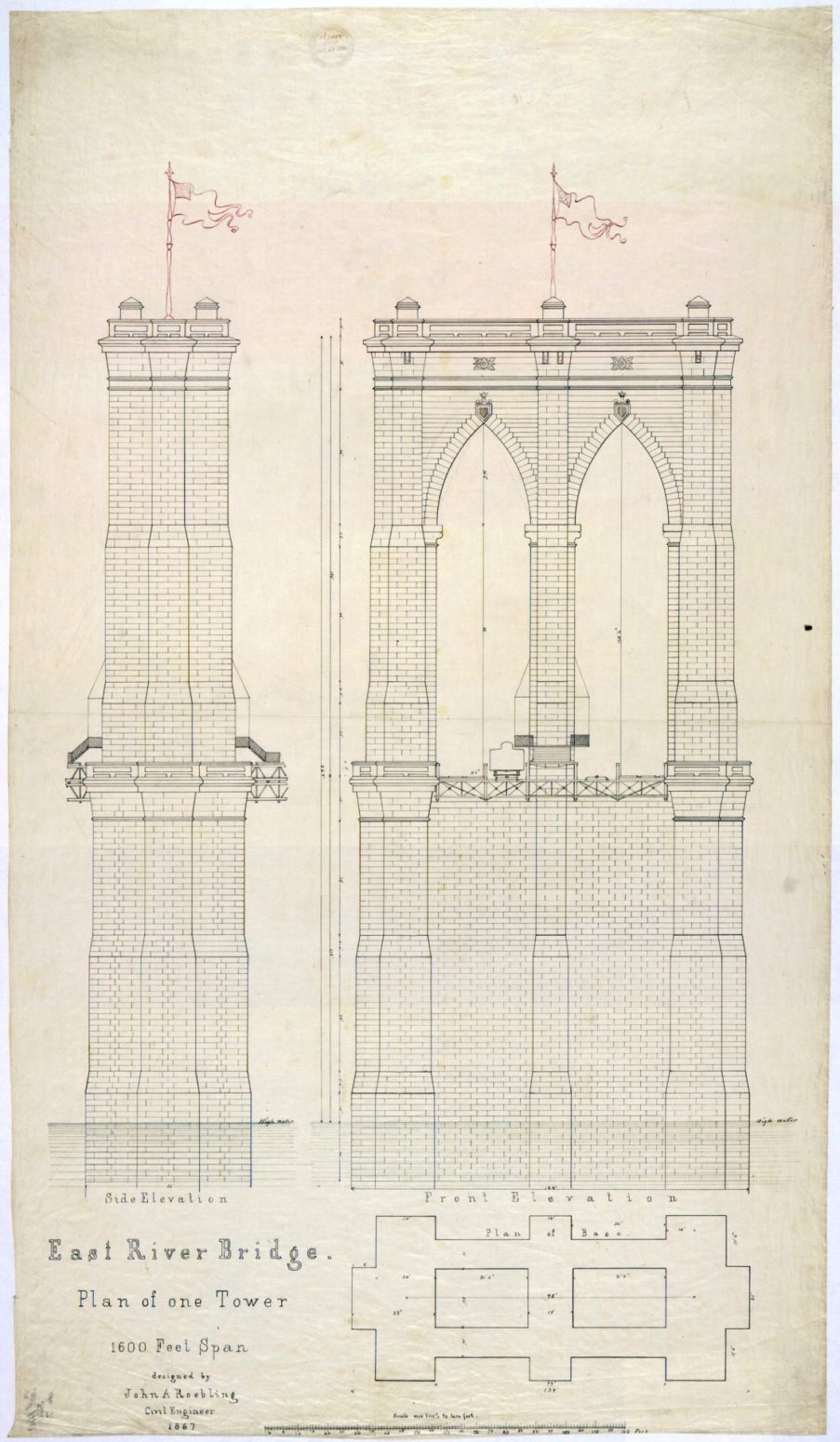 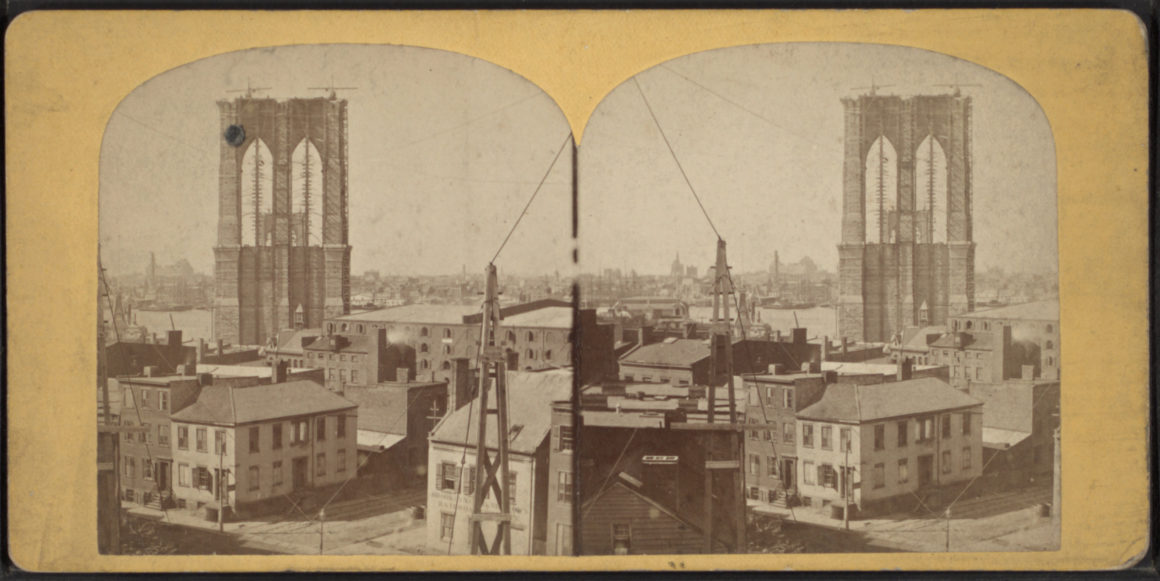 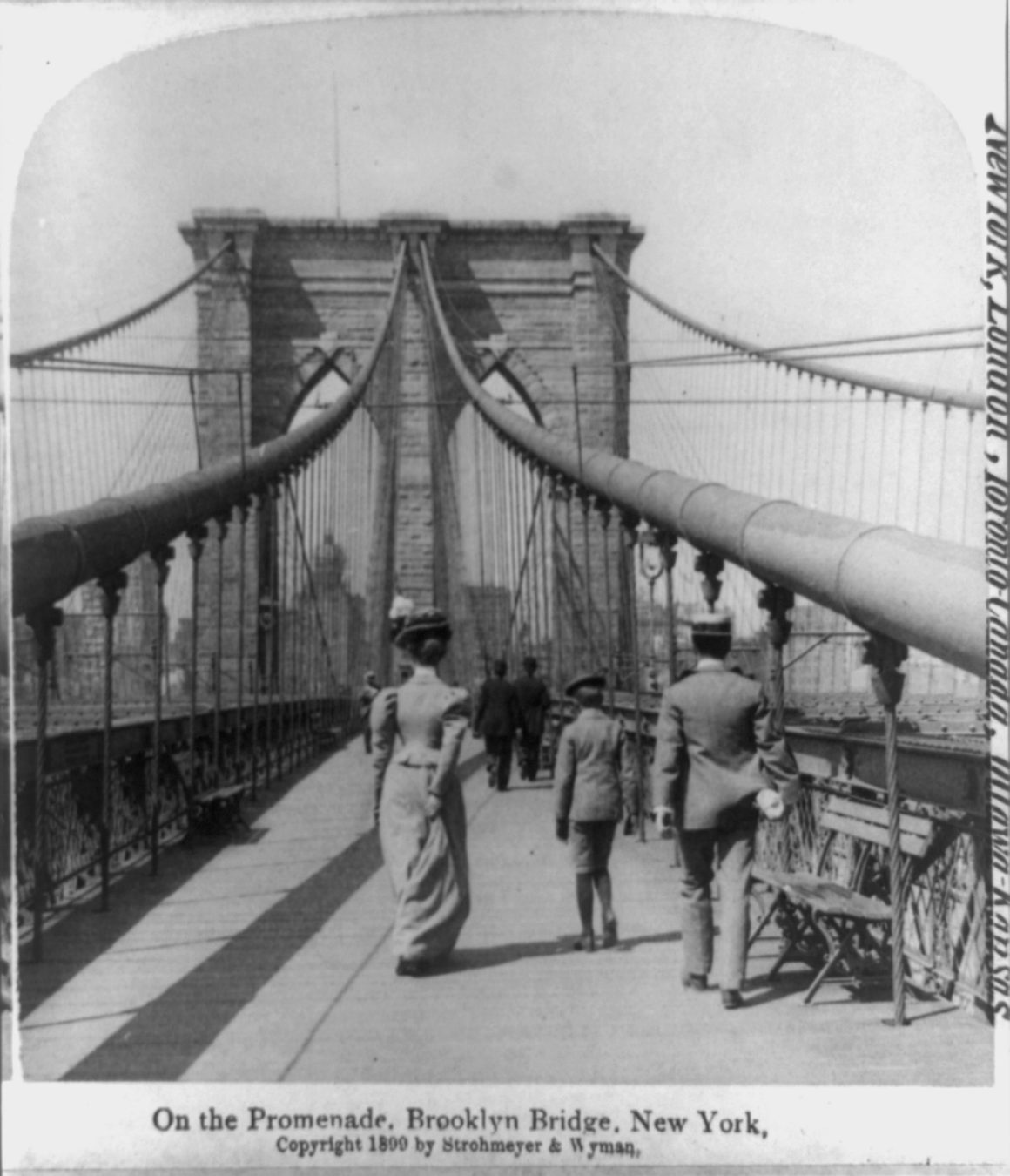 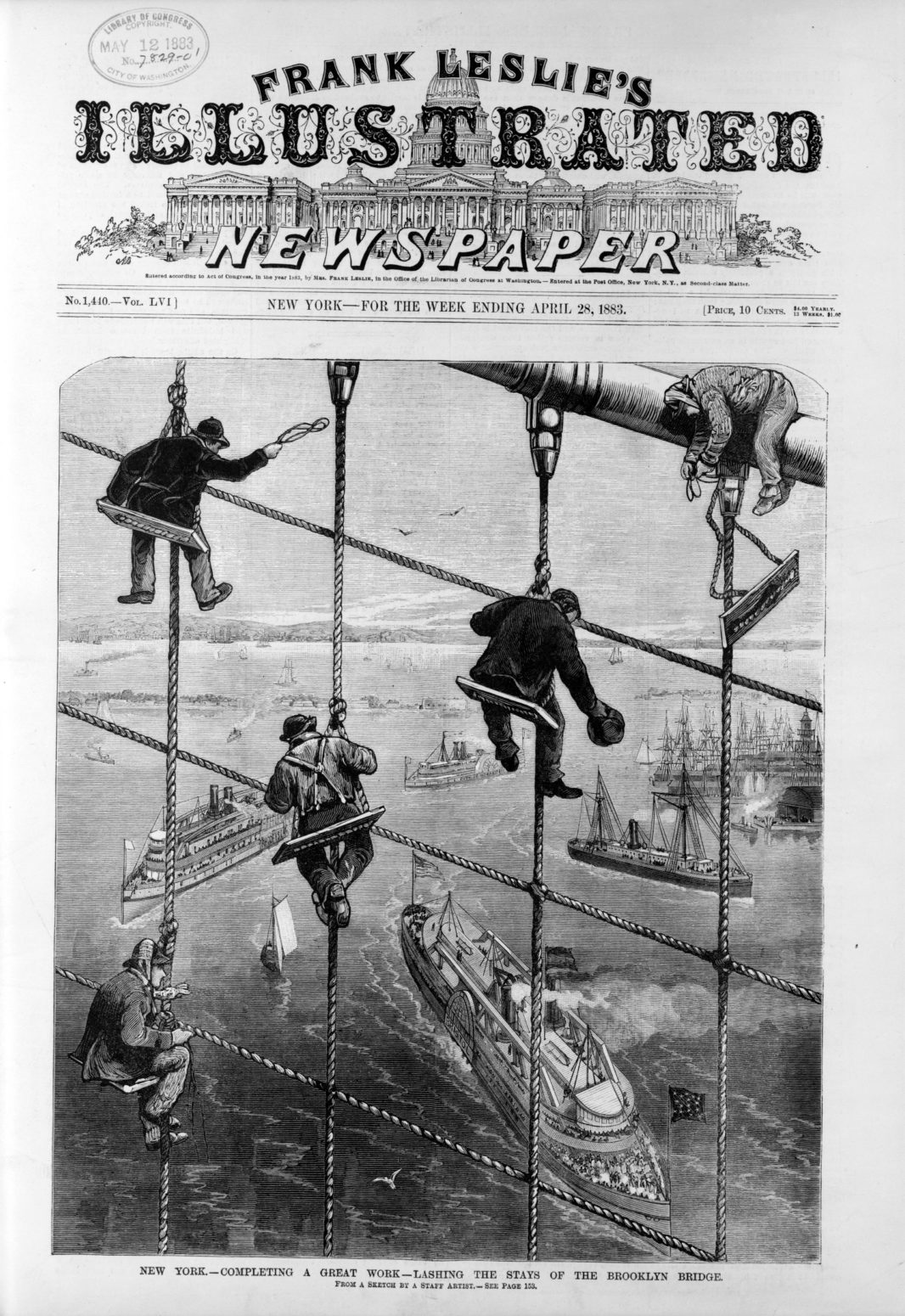 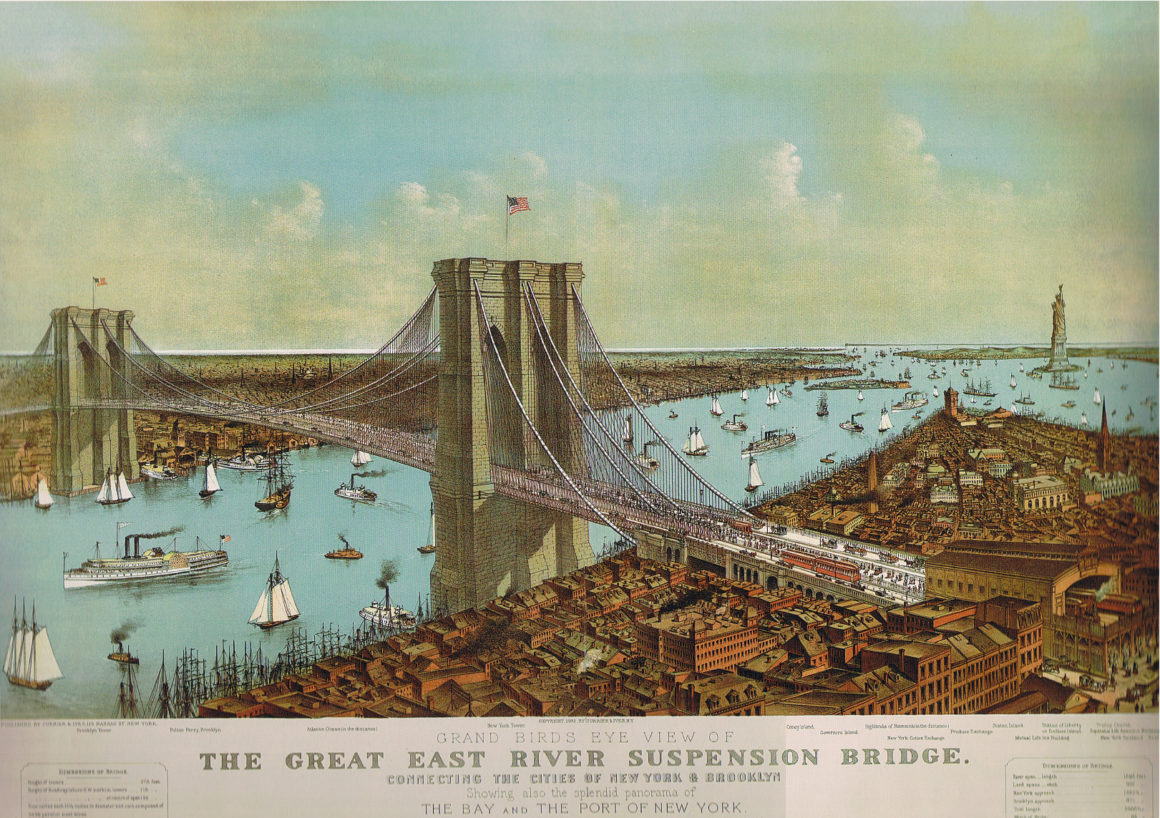 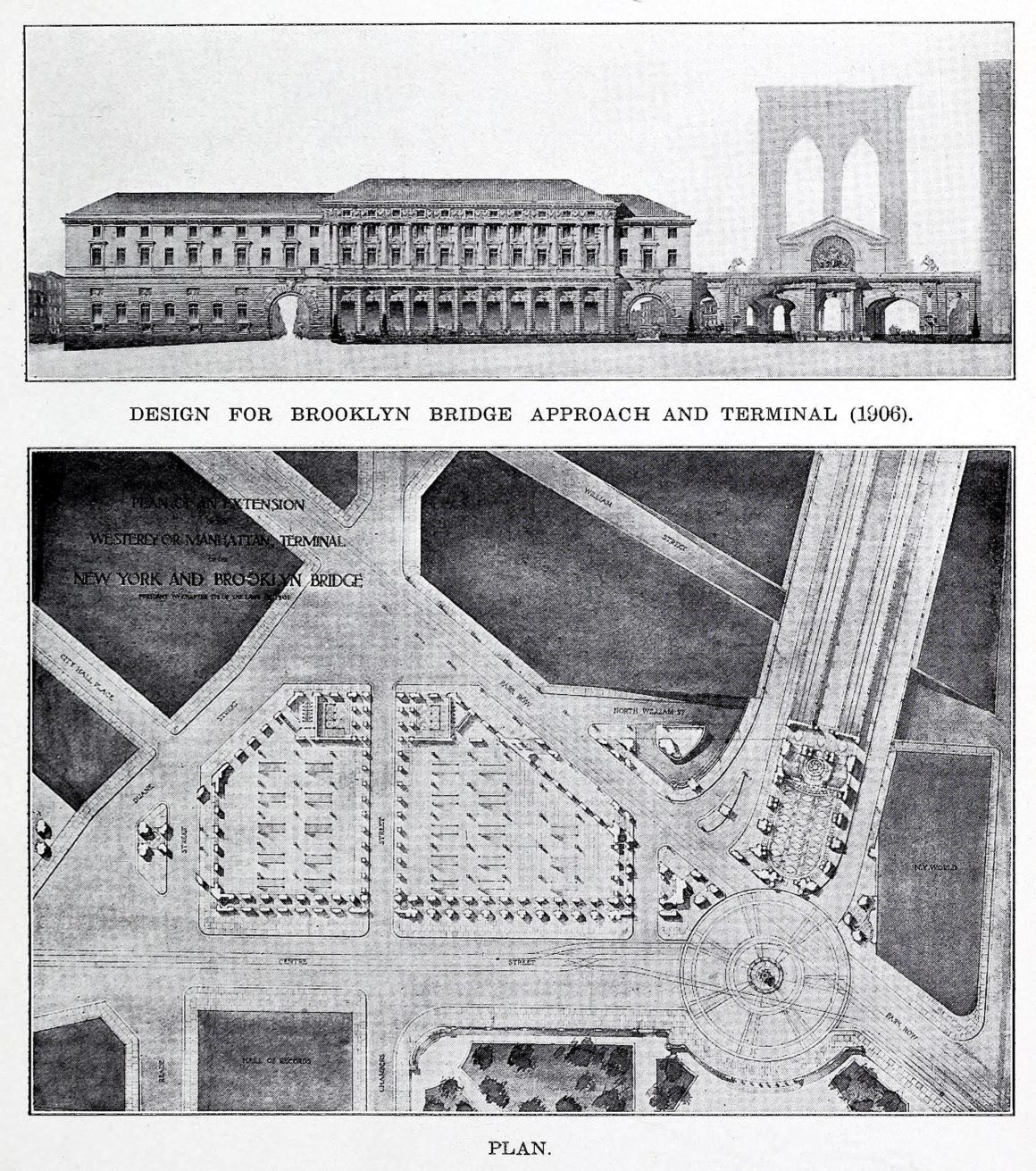 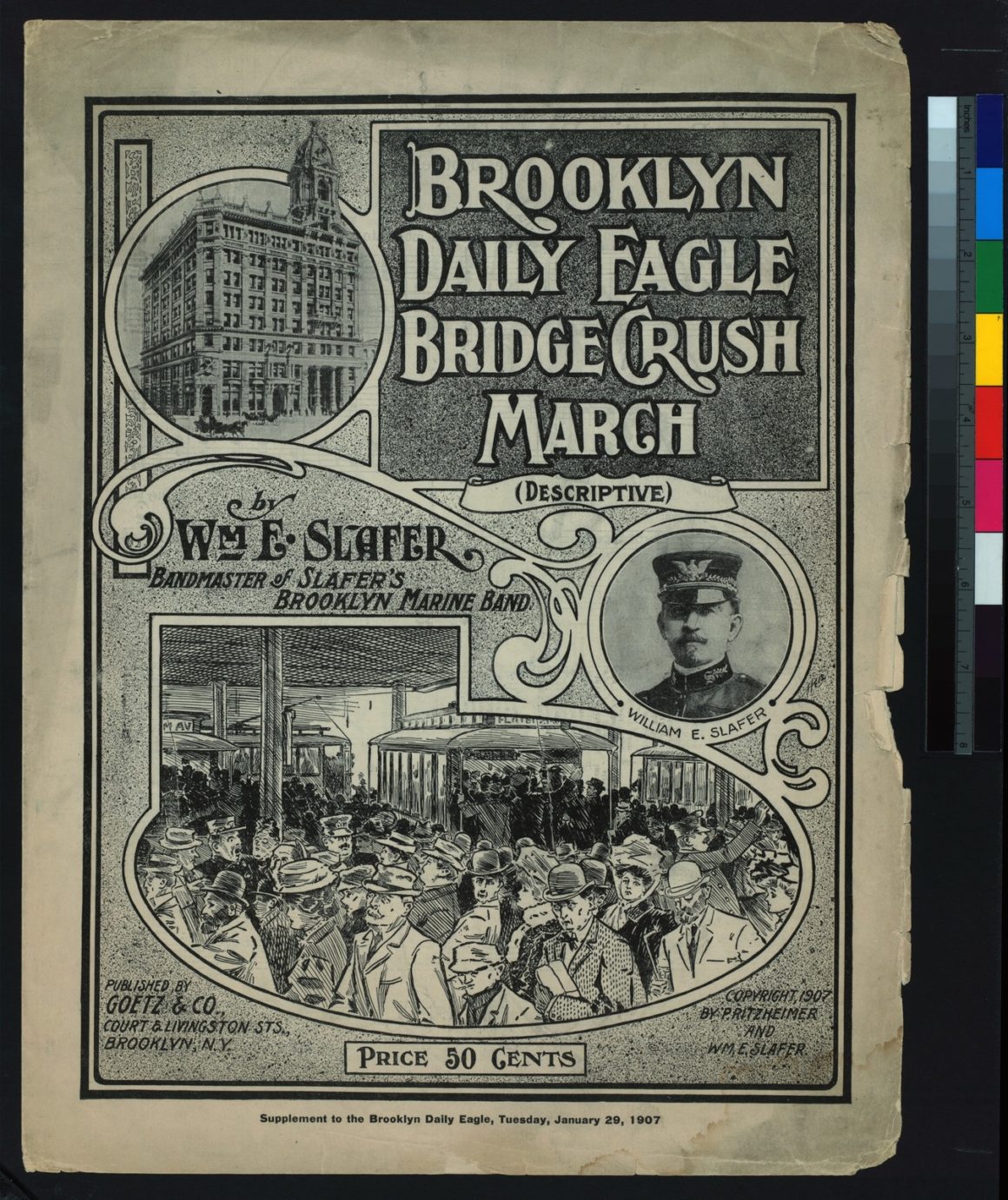 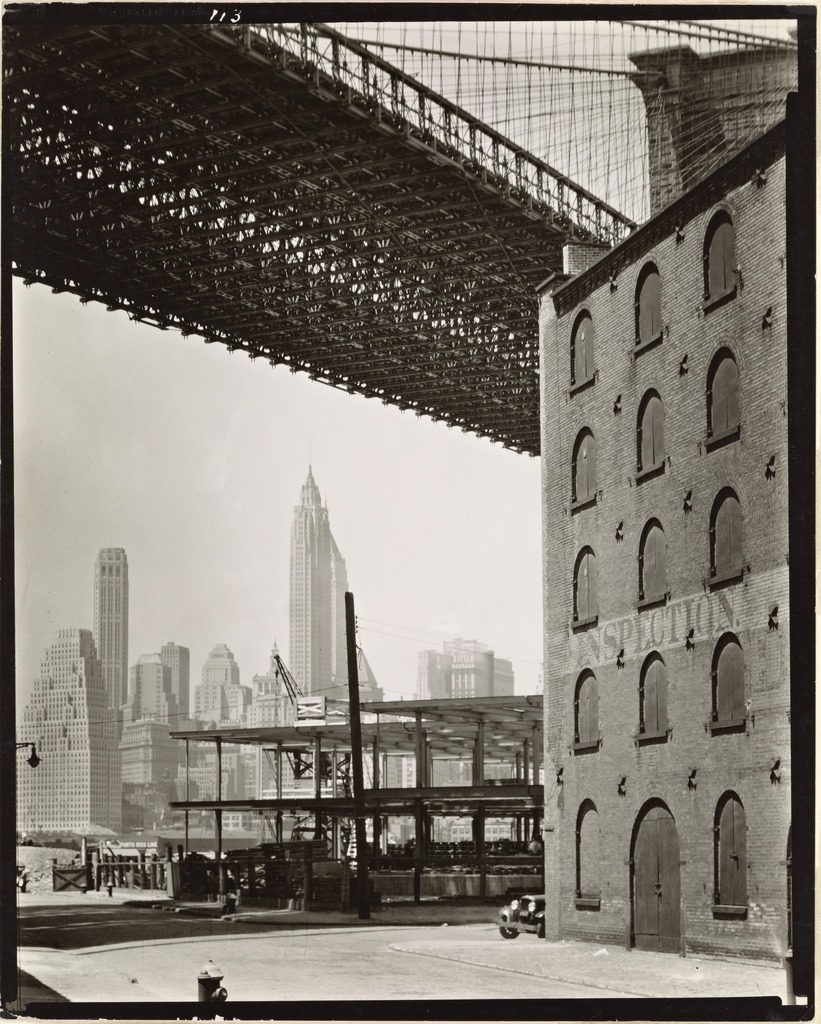 View of the Bridge and Manhattan from the corner of Water and Dock Streets, 1936. (Courtesy: New York Public Library) 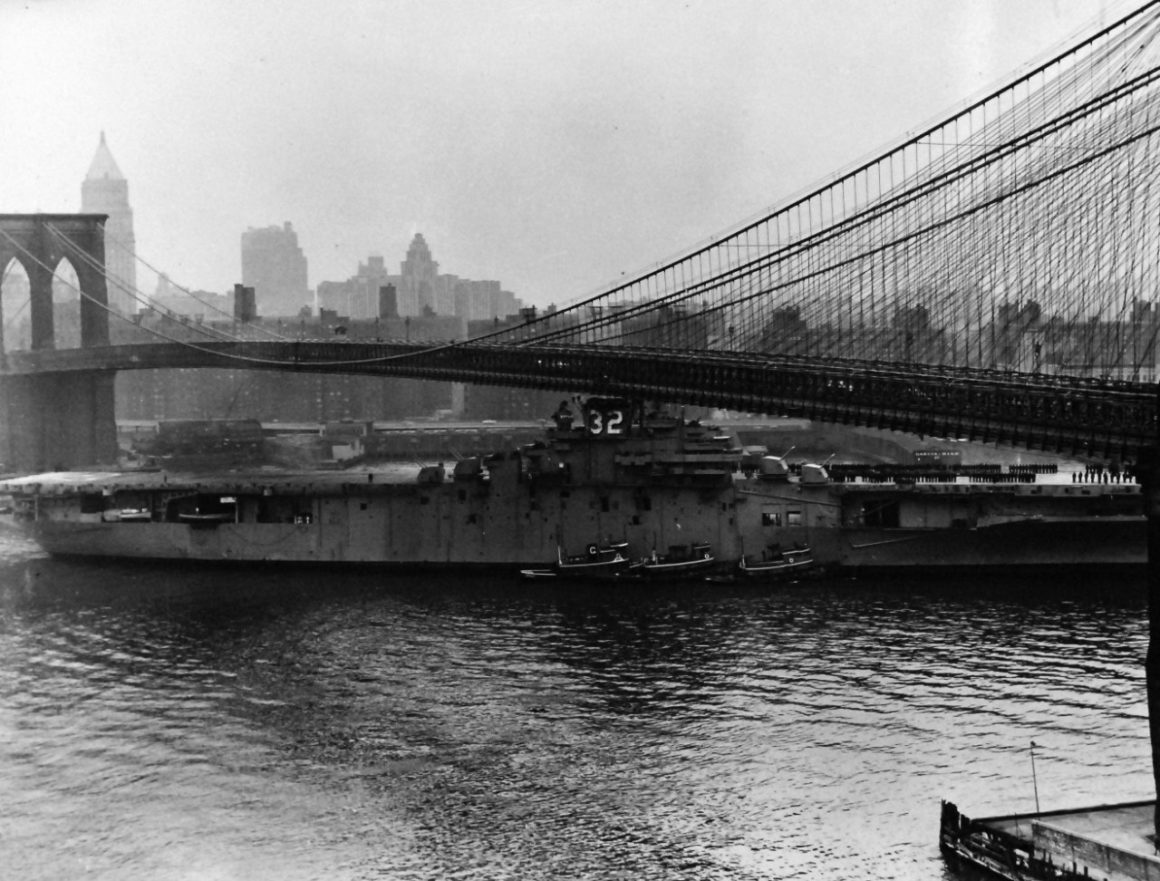 “The moment when it became possible for thousands to walk over the bridge, to see for themselves the wonderful solidity, breadth, and convenience… the tremendous possibilities opened by its completion dawned upon all.”
Brooklyn Eagle

“The designer of the Brooklyn Bridge has made a beautiful structure out of an exquisite refinement of utility, in a work where the lines of forces constitute the structure.”
Harper’s Weekly

“The house-tops and upper windows of buildings almost as far as the eye could reach were black with eager sightseers, many of whom made use of opera-glasses and small telescopes to aid in getting a good view of the parade.”
New York Times

“The bridge was thrown open to the public at midnight, and thousands of people went across in the early hours of the morning. All day Friday the crowds continued to cross, and for several days the regular traffic was very great.”
The Nation 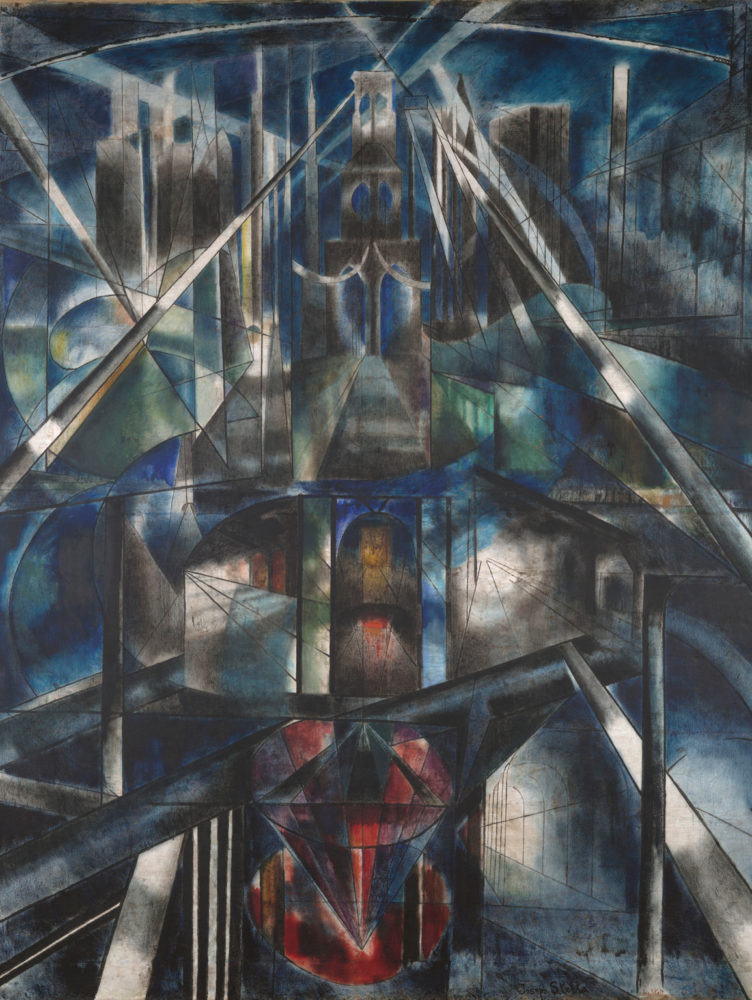 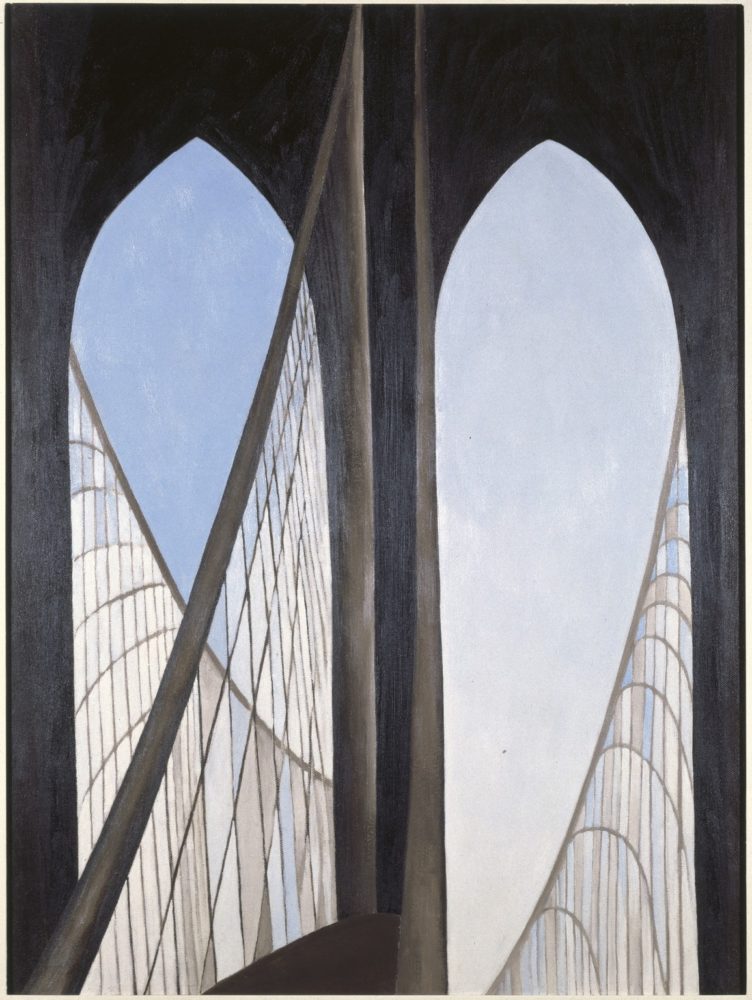 The Brooklyn Bridge in Poetry

“City That Does Not Sleep (Nightsong of Brooklyn Bridge),” 1930
Federico García Lorca

The Efficient Past and Wasteful Present of the Brooklyn Bridge,
Streetsblog (2011)
“The 1903 image shows the bridge with only one lane in each direction for private vehicles, which at the time were drawn by horses. The rest of the space is given over to tracks for streetcars, elevated railroads, and pedestrians… If the job of the Brooklyn Bridge is to move people between the two boroughs, the reallocation of space from transit to cars has been disastrous.”

“130 Years Ago, Elephants Solved Panic On the Brooklyn Bridge,”
New York Historical Society (2014)
“Showman and circus founder P.T. Barnum had suggested marching his elephants, led by his most famous one, Jumbo, across the bridge in celebration of its opening. He was turned down, but with public trust of the structure still wavering, a display of the Brooklyn Bridge’s strength seemed to be a good idea. On May 17, 1884, Barnum marched 21 elephants across the bridge, along with 17 camels.”

“This Mysterious Long-Lost Film of the Brooklyn Bridge Wasn’t Seen for a Century,”
Time (2018)
“[W. Frank] Brinton spent the years around the turn of the century bringing movies to America’s heartland…including this one, of a journey across the bridge by train.”

Obituary of Emily Warren Roebling,
New York Times (2018)
“When Washington A. Roebling, the chief engineer of the Brooklyn Bridge, fell ill, it was his wife, Emily Warren Roebling, who stepped in — managing, liaising and politicking between city officials, workers, and her husband’s bedside to see the world’s first steel-wire suspension bridge to completion.”