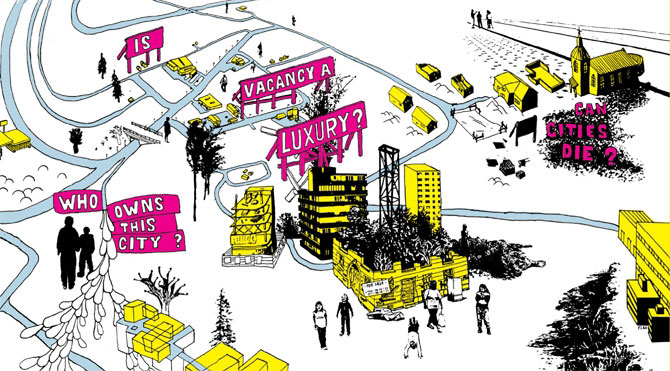 How can we empower cities in decline?

While international urban discourse has focused on the growing megalopolises, zones of shrinkage have been forming and are generally ignored. Shrinking Cities a four year initiative project of the German Federal Cultural Foundation, investigated the worldwide phenomenon of urban shrinkage by focusing on four metropolitan regions: Detroit (USA), Halle/Leipzig (Germany), Manchester/Liverpool (Britain), and Ivanovo (Russia). 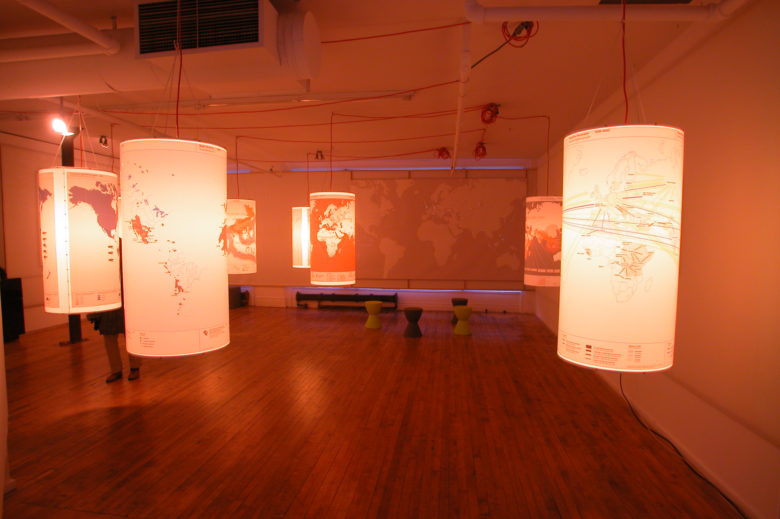 Our space hosted part one of the exhibition, Shrinking Cities—International Research, which examined the phenomenon of urban decline. The four focus cities were explored and represented in the form of documentation by artists, architects, filmmakers, journalists, and researchers. Themes of decay, impact of deindustrialization, suburbanization and the development of innovative subcultures were investigated.

Pratt Manhattan Gallery hosted part two of the exhibition, Shrinking Cities—Interventions, which presented strategies for action with a focus on Eastern Germany. This section was framed within five themes: Negotiating Inequality, Self-Governance, Creating Images, Organizing Retreat, and Occupying Space. Commissioned projects ranged from artists’ interventions to self-empowerment strategies through architectural, landscape and media interventions in the form of video, performances, and documentation of strategies.

Shrinking Cities was a project (2002-2005) of the Federal Cultural Foundation, under the direction of Philipp Oswalt (Berlin) in cooperation with the Leipzig Gallery of Contemporary Art, the Bauhaus Dessau Foundation and the magazine archplus.