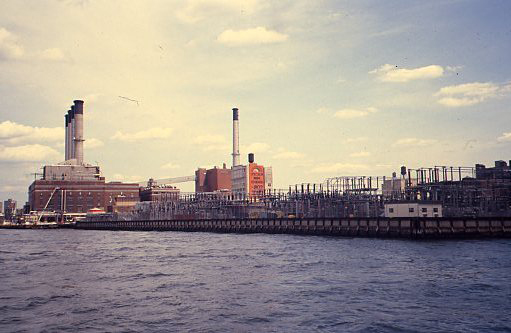 In the late 1990s, Van Alen launched a multiyear initiative exploring visions for New York’s East River waterfront that could help it evolve from an oft-ignored topographic threshold into a vital public space. The project included a symposium in Spring 1998, design workshop and studios in Summer and Fall of 1997, an interactive website, and a competition. The competition sought to draw attention to this often overlooked part of New York City’s landscape, and highlight its potential to become a vital public space in the 21st century.

To develop their schemes, designers consulted Van Alen Institute’s East River website, an extensive resource on the history, ecology, land use, access, existing conditions, and proposed development in areas along the river. Designers were free to choose to address the vast scale of the entire river or the localized conditions of a particular site.

In the competition’s first phase, Van Alen organized an unprecedented level of public outreach, inviting feedback on the website, conducting a postcard survey, interviewing constituents, and featuring the competition’s 13 finalists in a three-day exhibition. In phase two, the finalists were challenged to respond to the comments received, using text or graphics, on a concise 11″ x 17″ sheet. This document informed the jury as they made their final selections.

In November 1998, the winning designs were publicly exhibited at Van Alen, alongside a 25-foot model of the East River Corridor Project by Jesse Reiser + Nanako Umemoto, recipients of that year’s affiliated Van Alen Fellowship in Public Architecture. Their project proposed submerging parts of FDR Drive in order to create a continuous, linear park where the East River meets Manhattan. The exhibition was accompanied by walking tours of the riverfront and discussion forums featuring designers, developers, and community activists engaged in shaping the future of the East River.

Nearly two decades later, large swaths of East River waterfront have been transformed across Queens, Brooklyn, and Manhattan. The competition proved prescient in anticipating future demand and calling for parks to be established as public amenities along the water, but also in forecasting the kinds of tensions around access and affordability that development pressures would bring to the waterfront. These discussions were continued with the 2013 competition, Rebuild by Design. The winning entry by Bjarke Ingels Group, the BIG U, proposed a protective system around Manhattan’s edge, driven by the needs and concerns of the community, including a massive berm at the East River Park to protect the Lower East Side from future storm surge and rising sea levels while providing open space amenities for local residents. 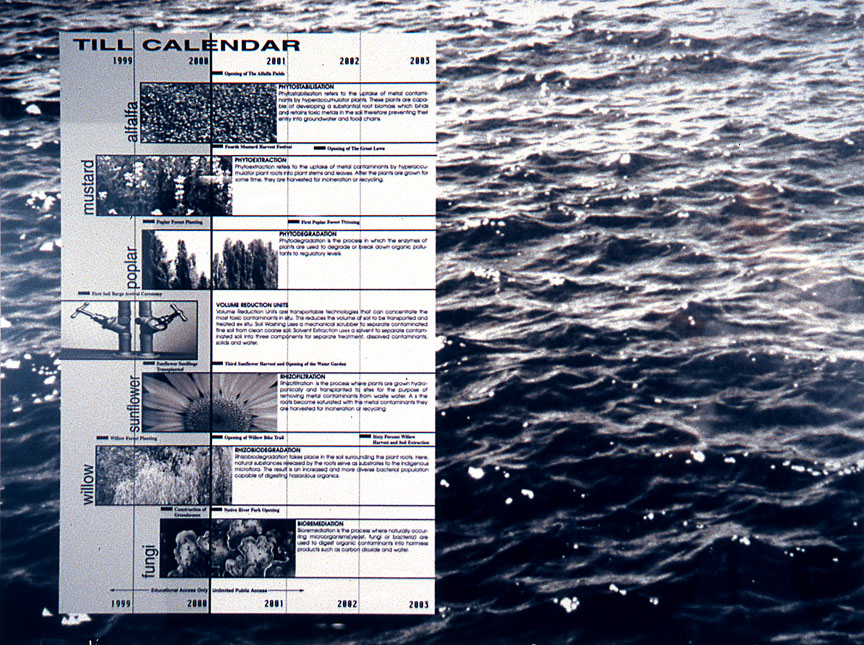 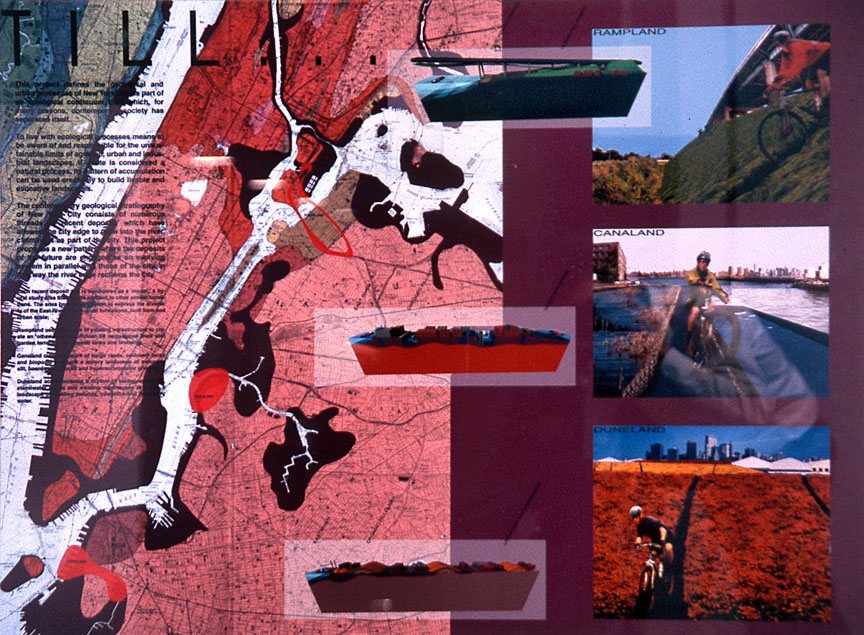 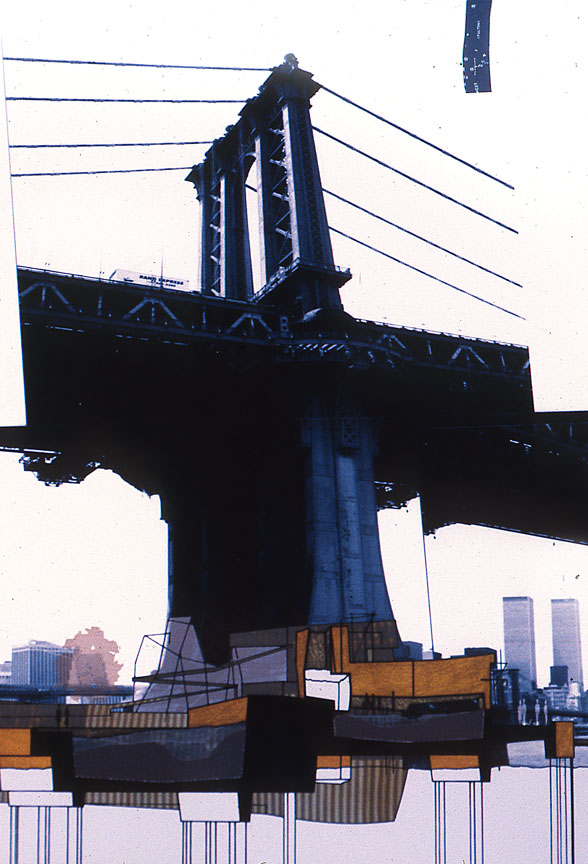 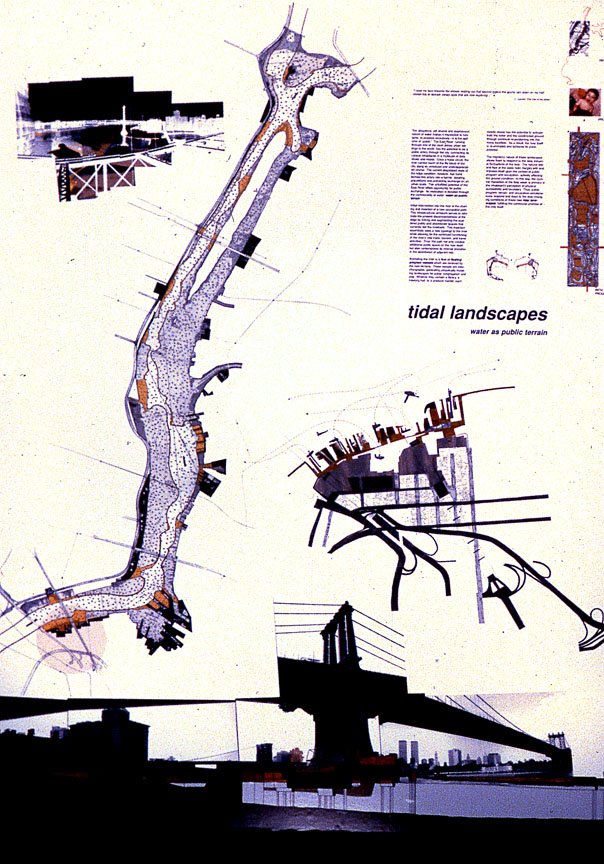 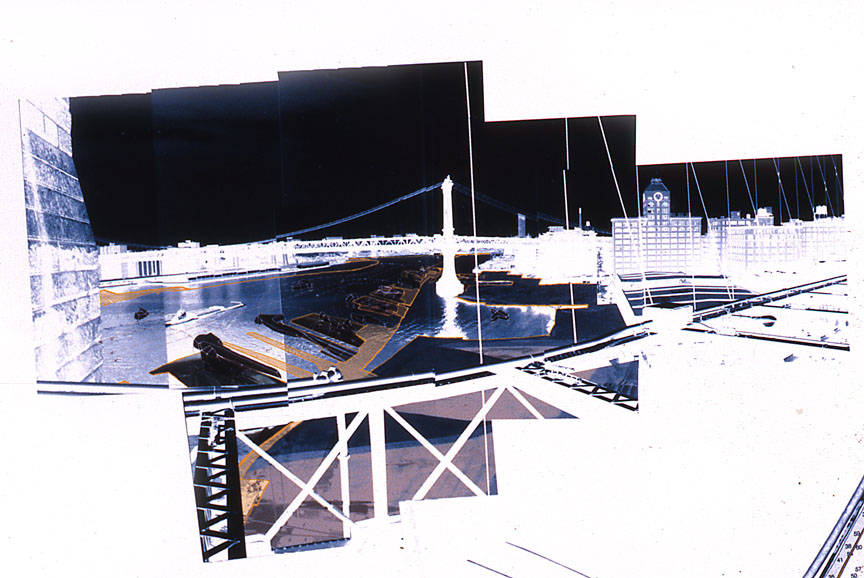 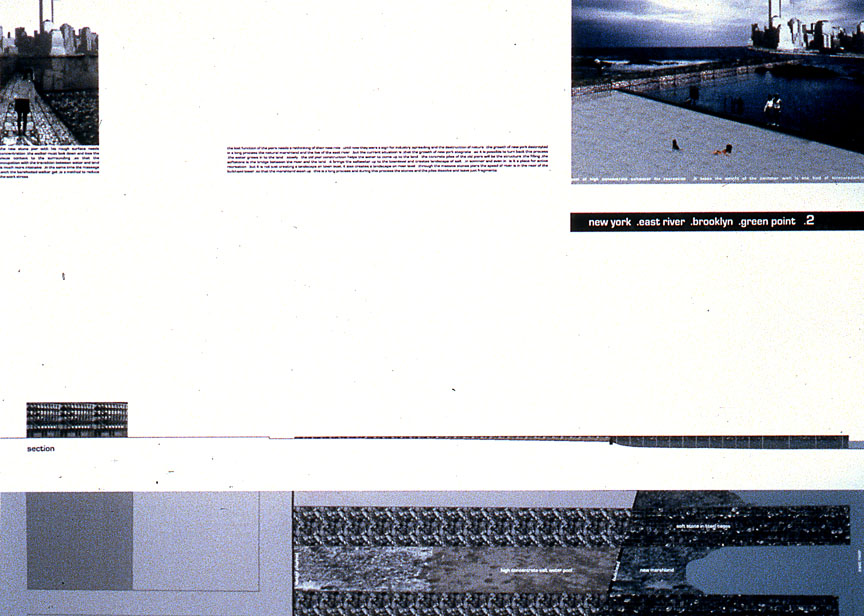 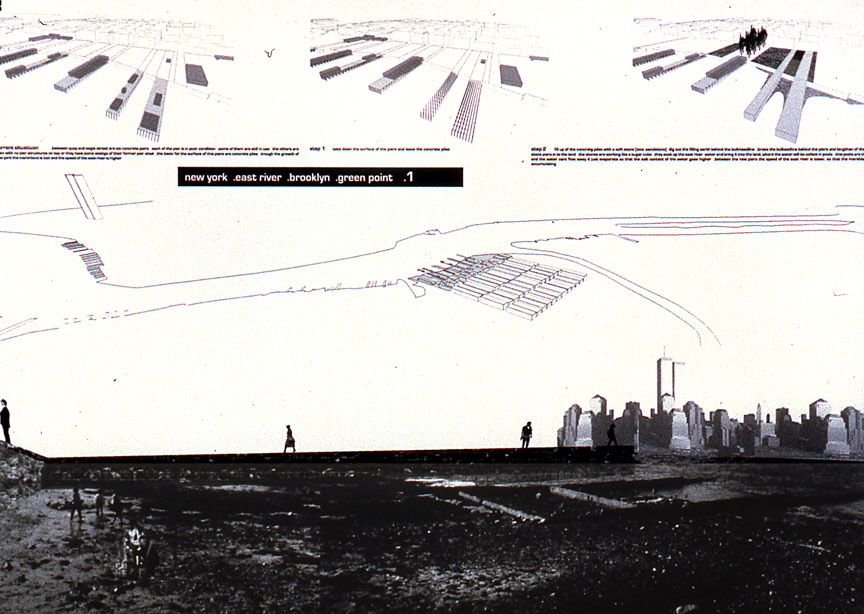 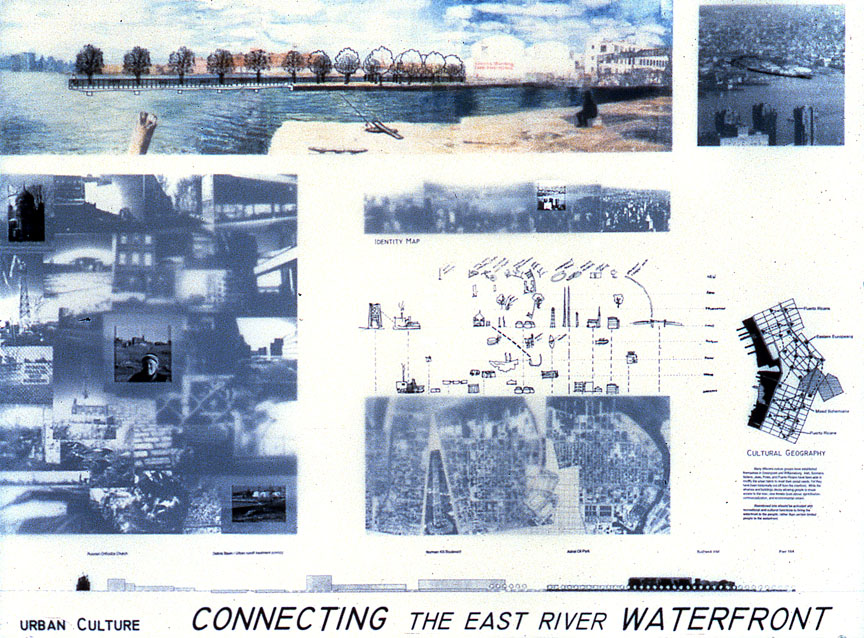 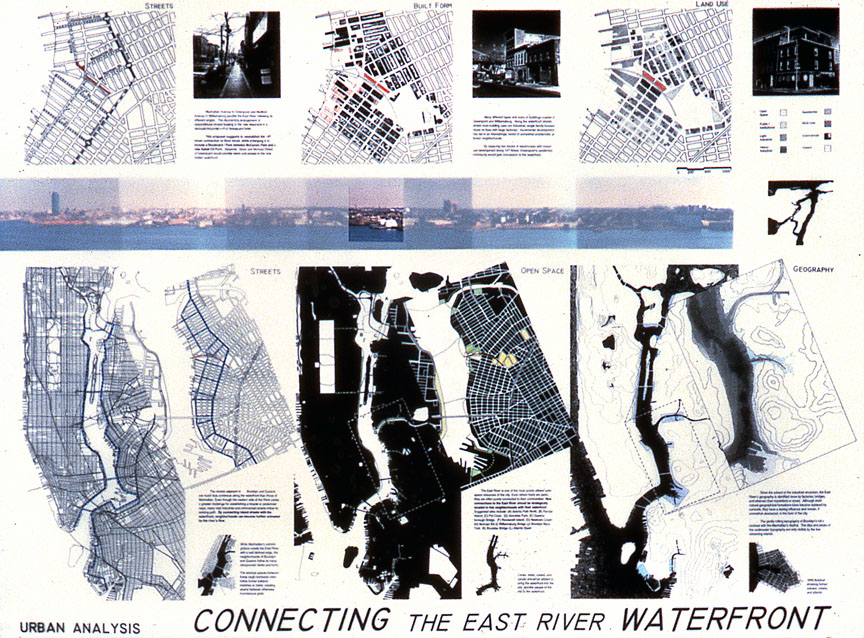 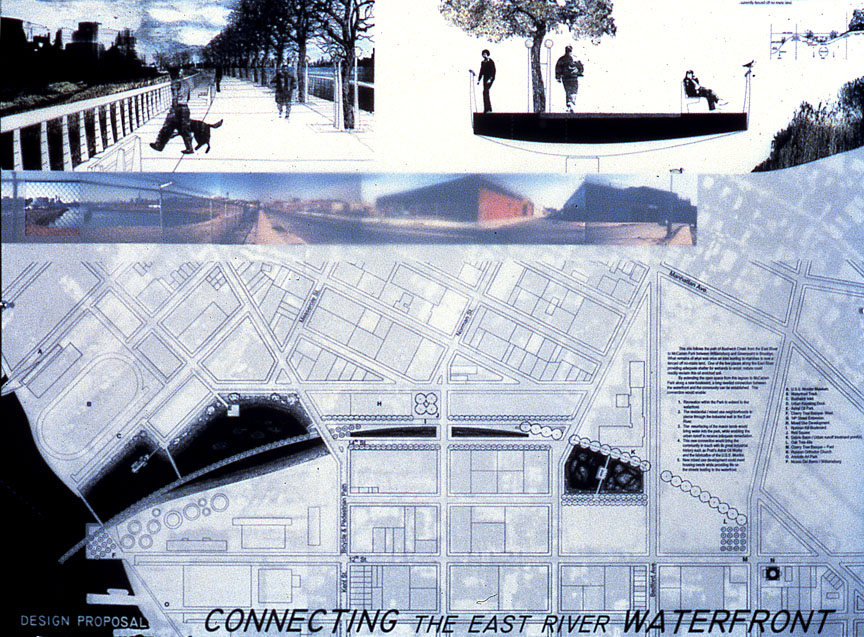 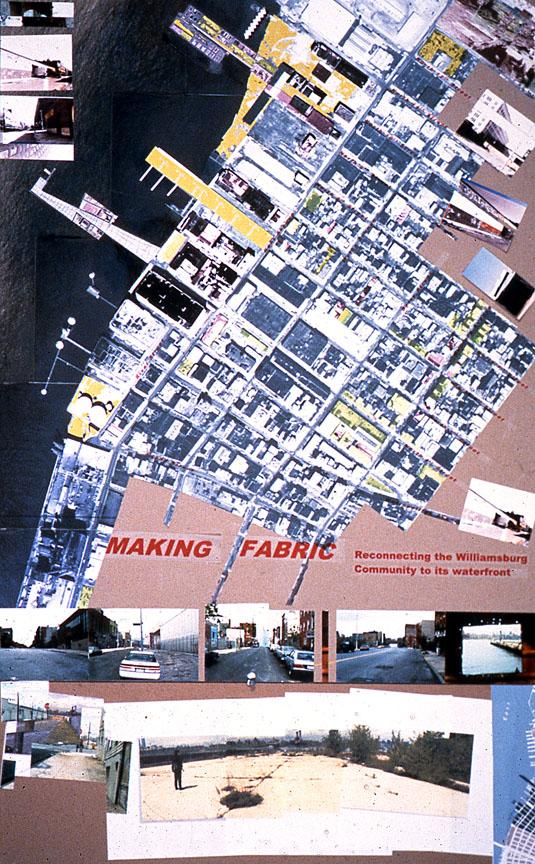 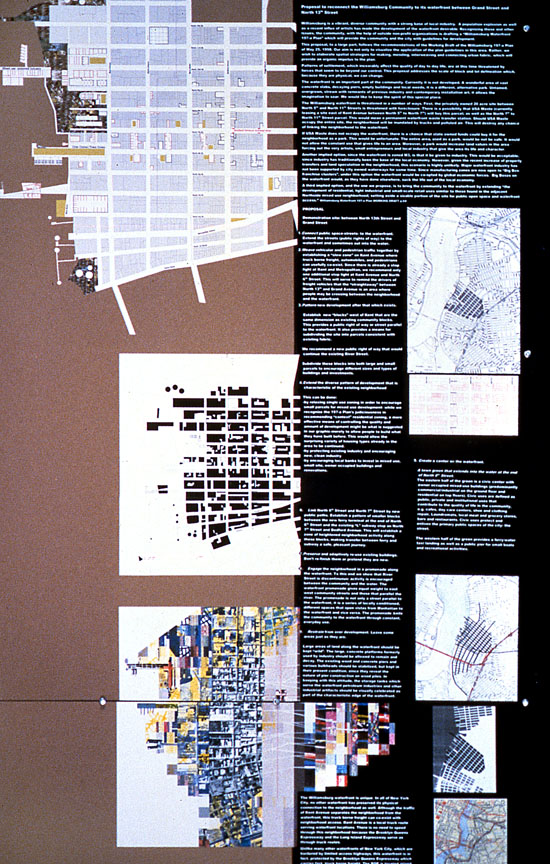 March 18-May 20: Exhibition, “In Process: Current Projects for the East River.” This exhibit examined twelve existing projects for sites along the East River, from a new ferry terminal in Lower Manhattan to a new riverside park in Stuyvesant Cove.

November 5, 1998-March 13, 1999: Exhibition, “Design Ideas for New York’s East River.” Entries from the competition and the New East River Park Project by Reiser + Umemoto Architects were on view at the Van Alen Institute gallery for public input and dialogue.

November 16, 1998: Forum, “Negotiating the Future of the East River.” Architects Jesse Reiser and Kevin Bone presented their design visions for the riverfront, followed by a panel discussion with Sylvia Lavin, Charles Reiss, and Wilbur Woods.

December 7, 1998: Forum, “East River Designers Share Their Visions.” Winners in the competition presented and discussed their proposals, with an introduction by Ann Buttenwieser, author of Manhattan Water-Bound.