What defines a city’s lifeblood? In spring 2017, journeying to the heart of the metropolis, we explored the myriad main streets and water mains, multicultural conduits and transportation corridors—both designed and off-the-cuff—that shape the urban experience and route our everyday lives. Across seven days of debates, explorations, and performances, we discovered a new understanding of our city as we traversed its arteries. 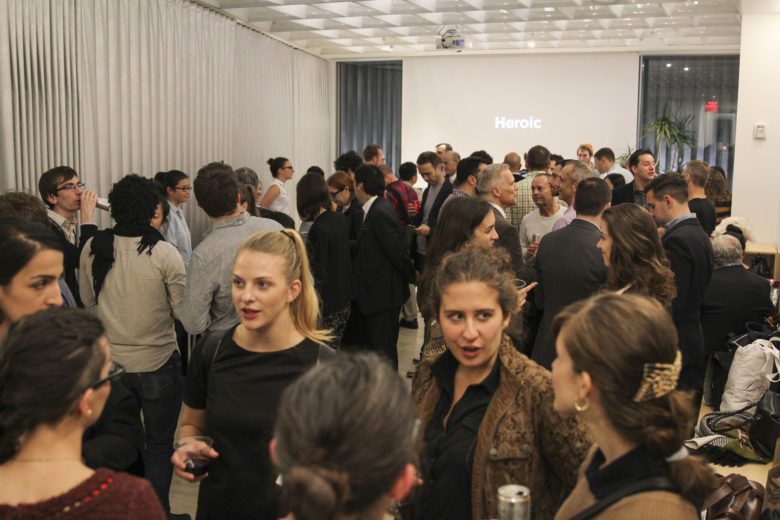 We launched the festival with a celebration of books by designers and urban thinkers we admire. We toasted the fresh ideas hitting the shelves this spring in the company of the book authors:

Welcome to Your World: How the Built Environment Shapes Our Lives by Sarah Williams Goldhagen (HarperCollins, 2017)
Blue Dunes: Climate Change by Design edited by Jesse M. Keenan and Claire Weisz (Columbia Books on Architecture and the City, 2017) 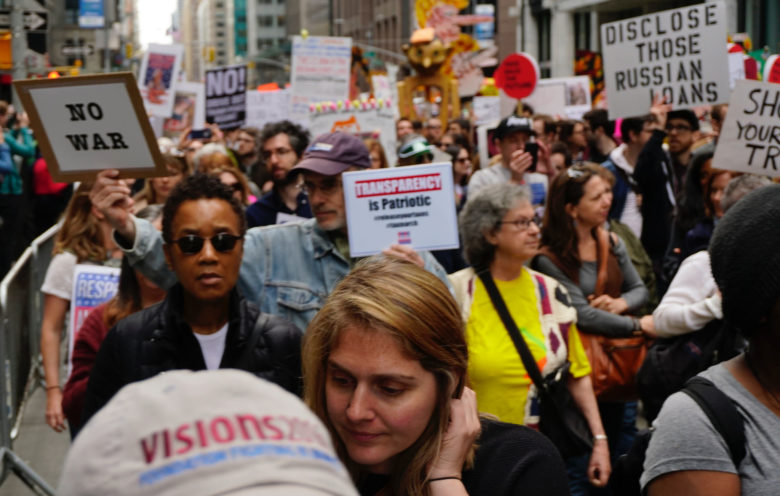 How do the city’s arteries shape public expression?  This fast-paced evening of presentations and audience feedback featured ideas for To the Streets, a flash competition challenging designers to envision the future of street protest. Following an afternoon closed-door workshop among finalist teams, participants grabbed a beer and joined us at 5 p.m. for the unveiling of proposals and voted for their favorite. A jury of design and activism experts judged the entries and announced a winner at the conclusion of the event. 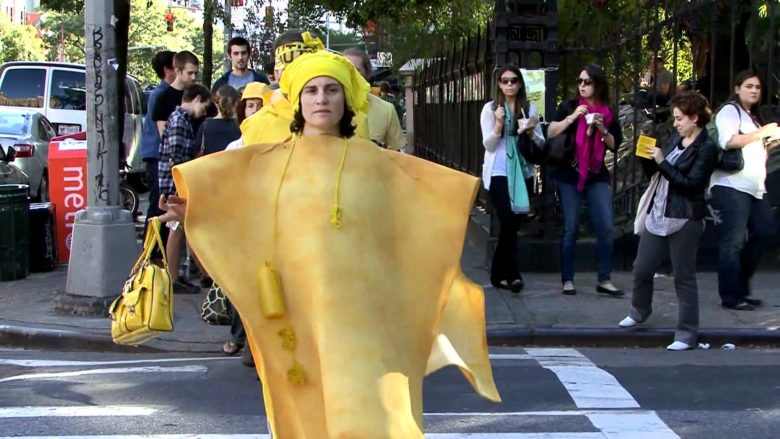 We continued Arteries: NYC in Circulation with an exploration of how a broad avenue sustains century-old cultural and culinary identity amid rapid movement. Participants joined the world’s leading knish expert Laura Silver, author of Knish: In Search of the Jewish Soul Food (Brandeis, 2014), on a foray up Second Avenue. The famed thoroughfare was once known as the Yiddish Rialto and Knish Alley for all the theaters and Jewish delis that lined the strip. Laura pointed out reminders of the artery’s stuffed history on a tour that meets at Village East Cinemas and concludes at Yonah Schimmel’s Knishery, where participants did some taste-testing of their own. 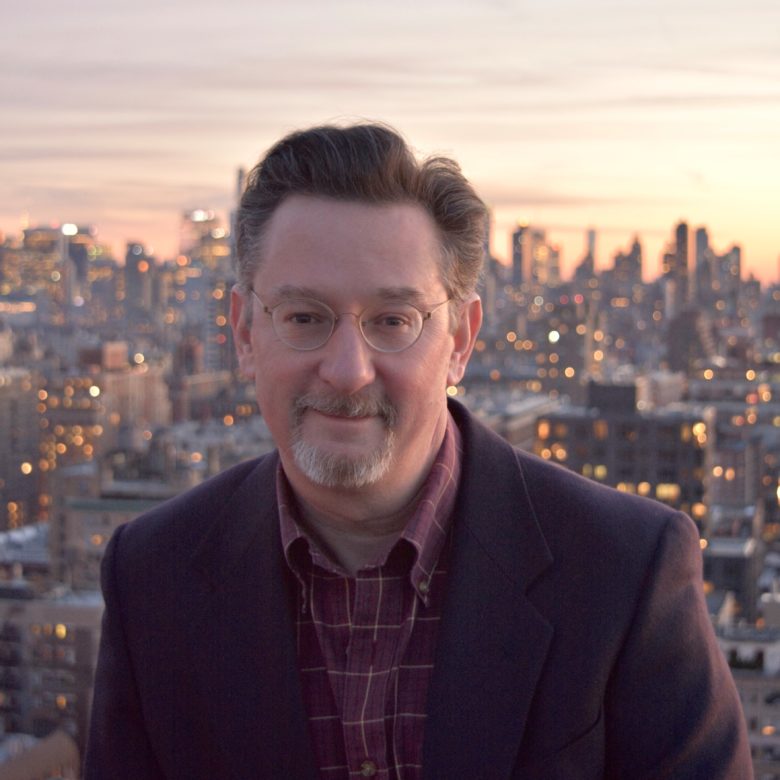 As architecture and classical music critic for New York magazine, Pulitzer Prize-winning Justin Davidson has written on the ever-changing city of New York, introducing new buildings, interviewing architects, and tracking the way the transforming urban landscape shapes who New Yorkers are. This spring, he published Magnetic City: A Walking Companion to New York (Spiegel & Grau, 2017), which takes readers on an insider’s tour of the five borough’s arteries through the lens of architecture, history, and personal stories.

As part of our spring festival, Arteries, NYC in Circulation, we held a conversation between Davidson and former “Ethicist” columnist for The New York Times, Randy Cohen, in a live recording of the radio show Person Place Thing. Davidson told us about a person, a place, and a thing that have shaped his understanding of cities, and how that understanding has in turn shaped his work. The evening also featured performances by violinist and composer Alicia Svigals. 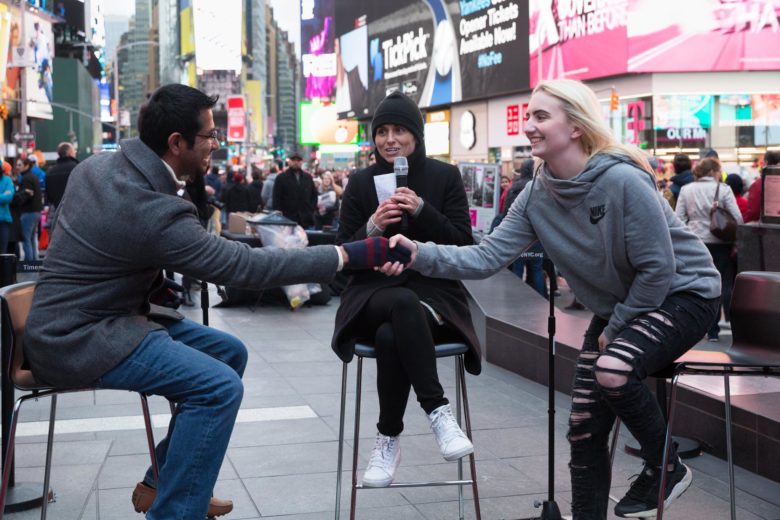 Crossroads Conversations, a Van Alen public program series presented with Times Square Alliance, invited passersby to participate in 10-minute facilitated conversations facilitated by journalists at the base of the Red Steps, encouraging strangers from across the nation and around the globe to reveal multifaceted personal beliefs, provoke robust debate, and find common ground with people who may share differing perspectives. Participants joined us on May 16 during our spring festival, Arteries: NYC in Circulation, for the fifth program in the series, focusing on infrastructure, as participants shared their hopes for improving our nation’s arteries: the roads, pipes, and public transportation networks that pulse through our cities.

Once an artery of commerce and industry, the Gowanus Canal and its surrounding area—an Environmental Protection Agency-designated Superfund site—has become emblematic of changing Brooklyn neighborhoods and forces that are impacting the experience of the borough: grassroots arts, environmental remediation, and real estate speculation. As part of our spring festival, Arteries: NYC in Circulation, participants joined us for a fast-paced discussion with experts playing pivotal roles in these three arenas as we gained a better understanding of how the shifting flows of creativity and capital are redefining this historic artery. 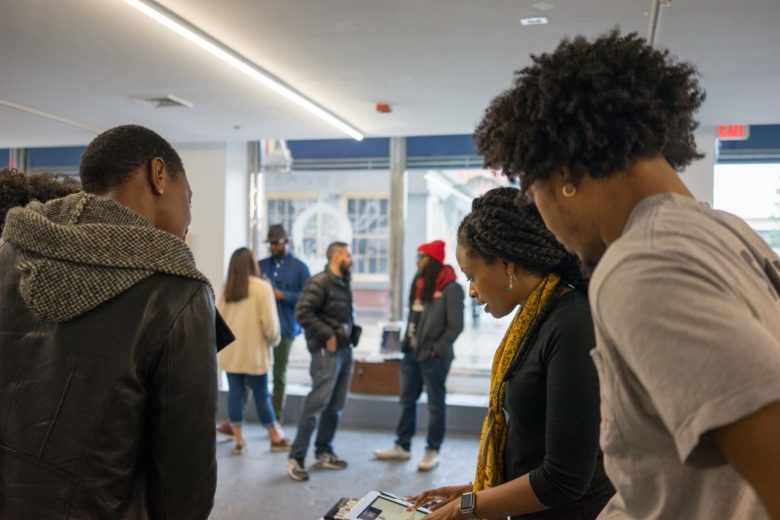 Kiosks, pop-up pavilions, and wifi stations act as nodes rising above the city’s arteries, connecting the urban nervous system. How does cultural identity and technology come through in the contemporary kiosk? In a city infamous for its nonstop flow of pedestrians engrossed in handheld devices, can these nodes offer a transportive path to the city’s layered stories and make unseen identities visible? And how do new iterations of the kiosk typology intersect with debates on “smart cities,” surveillance, and equitable access to urban amenities? As we concluded our spring festival, Arteries: NYC in Circulation, we had a fast-paced lunchtime conversation at the new South Street Seaport programming hub of the Black Gotham Experience, where participants were invited to “talk back” with their impressions of how these icons of streets and public spaces should look and feel in the future. 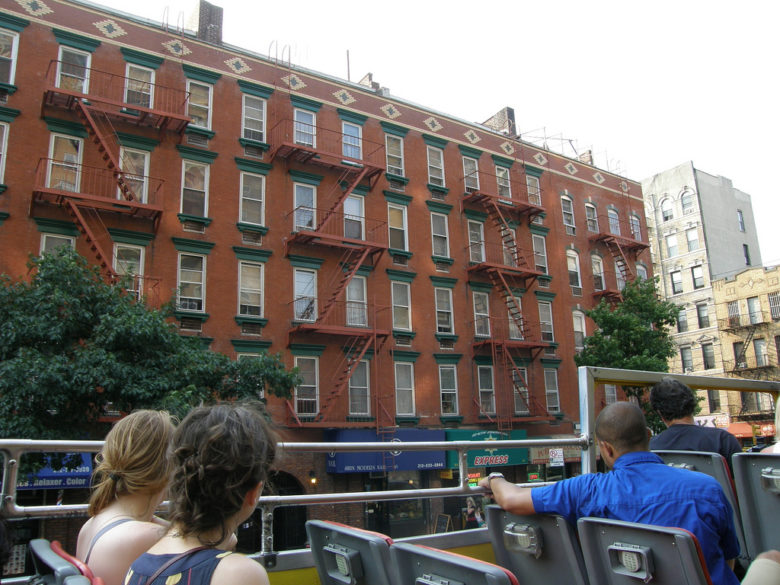 Arteries: NYC in Circulation was part of the multiyear initiative, Understanding Cities, which aims to improve our understanding of cities via different lenses, from design and policy to activism and visual and performing arts. Through talks, charrettes, and excursions, we tackled compelling questions about the nature of cities from the perspective of varying disciplines.