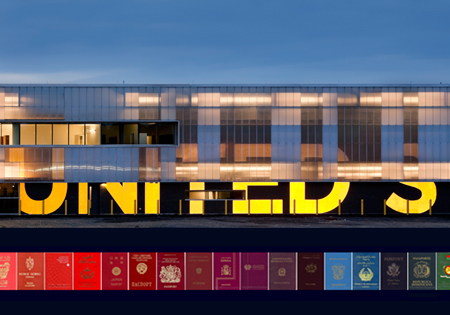 How can cross-border migrations be represented in new ways? 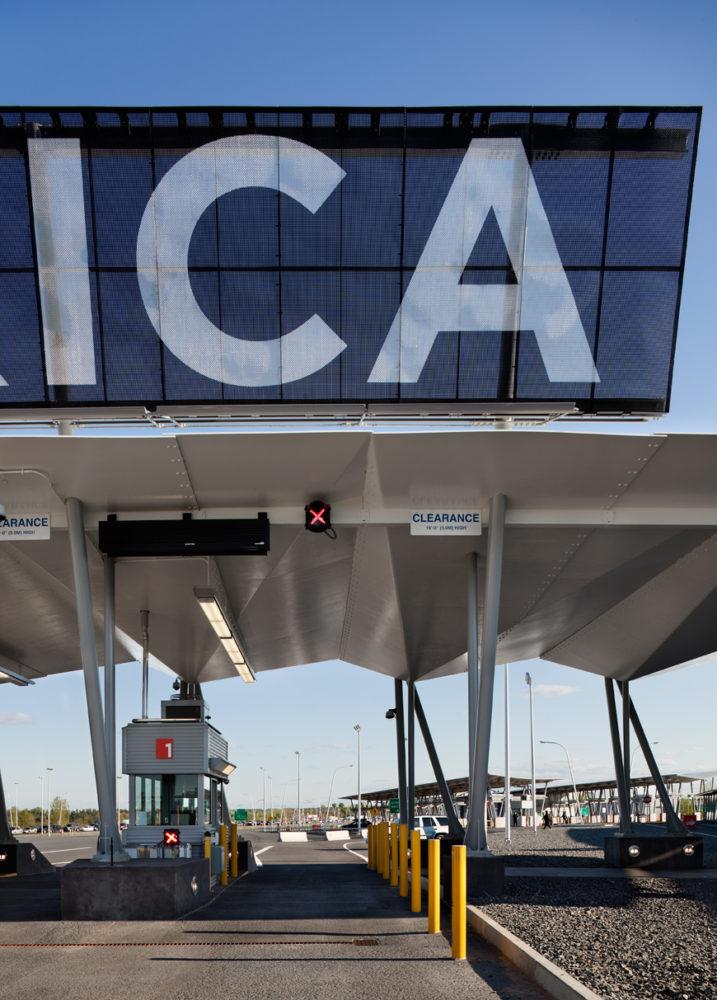 Aesthetics Of Crossing paired two projects that examined border crossing points and the individuals who pass through them. Land Ports of Entry by Smith-Miller + Hawkinson Architects and artist Alan Michelson highlighted the architecture of surveillance and openness in two recently built US border stations. Citizenship by Design by Kadambari Baxi and Irene Cheng reimagined the design of passports, international regulations, and other artifacts that subliminally shape individuals’ statuses.

One project was architectural, concrete, and real; the other was graphic, ephemeral, and narrative. Both provoked viewers to reconsider the aesthetic dimensions of how nation-states regulate individuals’ movements and identities. 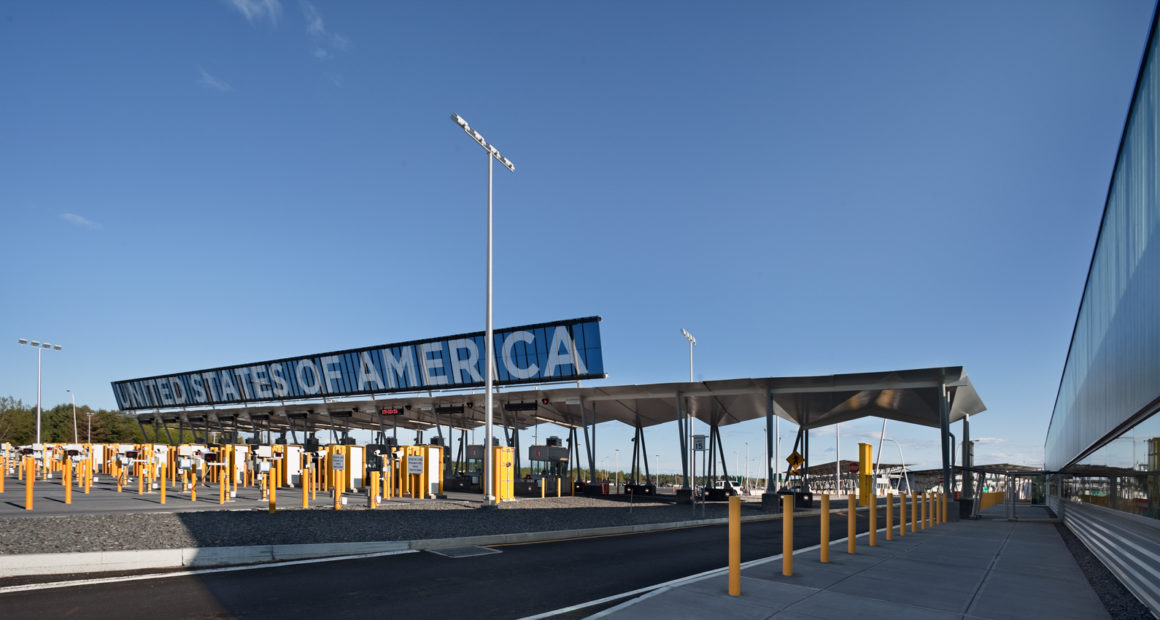 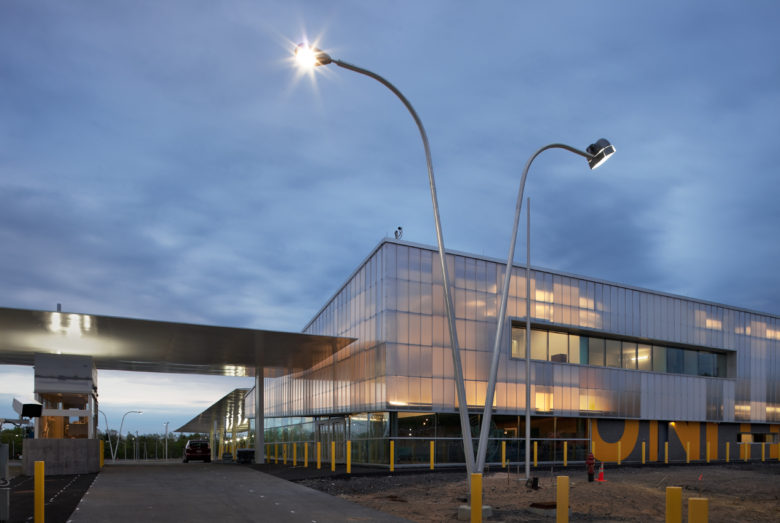 Land Ports of Entry featured Smith-Miller + Hawkinson’s designs for two border stations that facilitated the inspection and control of passenger and commercial vehicles traversing the border between the United States and Canada. As both ceremonial gateways and sites of surveillance and regulation, the ports conveyed a sense of openness as well as security. The architects used aesthetics—particularly material effects of transparency, translucency, and opacity—to negotiate the contradictions of the program and to gesture towards the buildings’ equivocal, post-9/11 geopolitical landscape..

The architects used aesthetics—particularly material effects of transparency, translucency, and opacity—to negotiate the contradictions of the program and to gesture towards the buildings’ equivocal, post-9/11 geopolitical landscape. 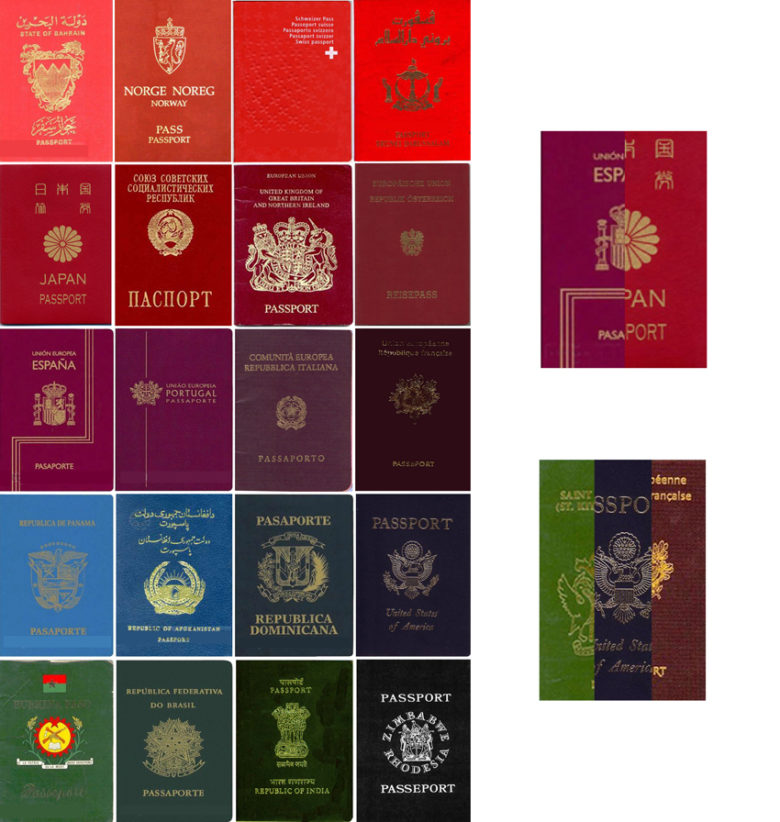 Kadambari Baxi and Irene Chengs’ public art project, Citizenship by Design, raised questions about citizenship in a globalized age. The project inspects artifacts such as international passports, identification technologies, and regulations regarding naturalization and travel. By highlighting the aesthetics of these objects and rules, and by remixing their graphic elements into multinational hybrids, the project called attention to the ways that citizenship is designed—and the ways it might be reimagined in an era of proliferating global crossings.