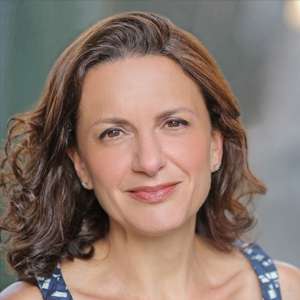 “I’m proud to welcome Deborah and Kenseth to the Commission, where I know they’ll advocate for beautiful, useful, and lasting changes to New York City’s urban design,” said Mayor Bill de Blasio. “Rebuilding a fairer city means using our public spaces more than ever, and I know their creativity and experience will serve them well as they find creative solutions.”

“We are, as a people and a city, immensely resilient. I’m delighted and honored to have the opportunity to work with the Public Design Commission towards a city that’s as flexible and resilient as its citizens,” said Deborah Marton.

Since joining Van Alen Institute in 2019, Marton has led major initiatives that put community interests at the heart of the public realm, such as Reimagining Brooklyn Bridge, an international design competition with the New York City Council to rethink the iconic Brooklyn Bridge walkway as a center of equity, accessibility, and sustainability; Neighborhoods Now, an ongoing initiative with the Urban Design Forum to channel pro-bono resources from New York-based design firms into community-driven pandemic recovery strategies; and expanding Van Alen’s Public Realm R&D program, which surfaces the work of emerging designers through temporary installations that test new strategies to bring people together in public space.

Deborah previously held the position of Executive Director of New York Restoration Project (NYRP), where she worked with municipal leaders and neighborhood change agents to empower communities of need by unlocking the potential of open space. Prior to that, as Executive Director of the Design Trust for Public Space, Deborah increased the organization’s visibility and effectiveness, by creating game-changing municipal projects such as Taxi 07, resulting in a new purpose-built NYC taxi.

About the Public Design Commission

As New York City’s design review agency, the Public Design Commission (PDC) has jurisdiction over permanent structures, landscape architecture, and art proposed on or over City-owned property. The mission of the PDC is to advocate for innovative, sustainable, and equitable design of public spaces and civic structures, with a goal of improving the public realm and therefore related services for all New Yorkers throughout the five boroughs.

The PDC comprises 11 members, who serve pro bono and meet once per month, including an architect, landscape architect, painter, sculptor, and three lay members, as well as representatives of the Brooklyn Museum, Metropolitan Museum of Art, New York Public Library, and the Mayor.

For more than 125 years, our purposeful community engagement, convening capacity, and global interdisciplinary network have produced profound transformations in the public realm of New York City and beyond. With a core belief in an interdisciplinary approach to design, the Van Alen team has backgrounds in architecture, urban planning, public health, civic advocacy, community engagement, and arts and culture.

See all work at vanalen.org.